A Biological Explanation for Literature 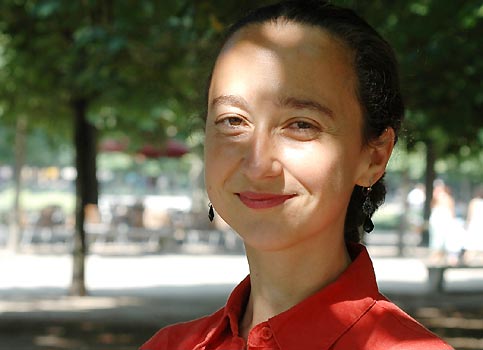 A couple of weeks ago my book discussion group discussed The Elegance of the Hedgehog, the delightful novel by French author Muriel Barbery.  One of the major characters is Renee, a French concierge who looks to all the world like a sullen, television-watching old woman but is in reality a highly cultured autodidact who loves Dutch still life paintings, Mahler symphonies, Ozu films,  and Leo Tolstoy’s Anna Karenina. Much of the joy of the book is listening to her meditate on various subjects.

At one point she tackles this blog’s central question: “Of what use is literature?” While I don’t agree with her answer, I enjoy how she gets me thinking.  Renee is a materialist who doesn’t believe in a transcendent reality.  For her, literature (and art in general) is a sophisticated biological survival mechanism.

In the following passage, she is commenting on the emptiness of a doctoral thesis in medieval theology written by a very smart tenant in her apartment complex.  As Renee sees it, humans are basically primates:

When you consider that a primate’s major preoccupations are sex, territory and hierarchy, spending one’s time reflecting on the meaning of prayer for Augustine of Hippo seems a relatively futile exercise.  To be sure, there are those who will argue that mankind aspires to meaning beyond mere impulses.  But I would counter that while this is certainly true (otherwise, what am I to do with literature?), it is also utterly false: meaning is merely another impulse, an impulse carried to the highest degree of achievement, in that it uses the most effective means—understanding—to attain its goals.  For the quest for meaning and beauty is hardly a sign that man has an elevated nature, that by leaving behind his animal impulses he will go on to find the justification of his existence in the enlightenment of the spirit: no, it is a primed weapon in the service of a trivial and material goal.  And when the weapon becomes its own subject, this is the simple consequence of the specific neuronal wiring that distinguishes us from other animals; by allowing us to survive, the efficiency of intelligence also offers us the possibility of complexity without foundation, thought without usefulness, and beauty without purpose. It’s like a computer bug, a consequence without consequence of the subtlety of our cortex, a superfluous perversion making an utterly wasteful use of the means at its disposal.

But even when the quest does not wander off in this way, it remains a necessity that does not depart from animality.  Literature, for example, serves a pragmatic purpose.  Like any form of Art, literature’s mission is to make the fulfillment of our essential duties more bearable.  For a creature like man, who must forge his destiny by means of thought and reflexivity, the knowledge gained from this will perforce be unbearably lucid.  We know that we are beasts who have this weapon for survival, and that we are not gods creating a world with our own thoughts, and something has to make our own wisdom bearable, something has to save us from the woeful eternal fever of biological destiny.

Therefore, we have invented Art: our animal selves have devised another way to ensure the survival of our species.

If I understand this correctly, Renee is saying that, as reflective creatures, we feel the conflict between our god-like ability to imagine different realities and our enslavement to biological necessity (the “woeful eternal fever”).  Therefore art serves as a means to distract us, to save us from boredom, or to “make our wisdom bearable.”

I’m not a philosopher or aesthetician and so don’t known the tradition out of which this line of reasoning comes.  Kant mixed with Darwin, perhaps.  But my objection is the one I have to all materialist philosophies, which is their need to reduce everything, ultimately, to a materialist explanation.  When this occurs, materialism becomes a faith no less than religious belief, requiring overly elaborate explanations for such phenomena as art–explanations which, furthermore, give us little insight into individual works of art.

Why bring in a biological imperative at all? Why not just say that we have different ways of finding meaning in the world, whether through science, through religion, or through art.  Each on its own opens up powerful windows into creation, but when any one of them claims to have the single master key, we see reductive thinking (say, culture reduced to biological determinism or religion ignoring scientific evidence).  Existence is so complex that neither philosophers, scientists, nor religious figures can entirely encompass it, a view wonderfully articulated in the e. e. cummings’ poem “o sweet spontaneous.”  (Note: I apologize for butchering the spacing–to see it as it is meant to be laid out on the page, go here.)

O sweet spontaneous
earth how often have
the
doting

thee
,has the naughty thumb
of science prodded
thy

beauty      .how
oftn have religions taken
thee upon their scraggy knees
squeezing and

buffeting thee that thou mightest conceive
gods
(but
true

to the incomparable
couch of death thy
rhythmic
lover

Renee is pinching and poking here but (I must be elliptical so as not to give away the ending) the book concludes with her own version of cummings’ ending, an affirmation of the vital importance of camellias in the face of death. Ultimately, the book tells us, what is important is not how we theorize about life but how we live it.  At the end of the book the other protagonist, the precocious 11-year-old Paloma, arrives at the following observation:

I have finally concluded, maybe that’s what life is all about: there’s a lot of despair, but also the odd moment of beauty, where time is no longer the same.  It’s as if those strains of music created a sort of interlude in time, something suspended, an elsewhere that had come to us, an always within never.

Yes, that’s it, an always within never.

I’ll be searching for those moment of always within never.

Beauty, in this world.

The novel is an instance of beauty in this world. Do yourself a favor and go read it.

This entry was posted in Barbery (Muriel) and tagged "O sweet spontaneous", Aesthetics, Art, e. e. cummings, Elegance of the Hedgehog, materialism, Muriel Barbery. Bookmark the permalink. Comments are closed, but you can leave a trackback: Trackback URL.