An ABC of Our Attack on the Earth 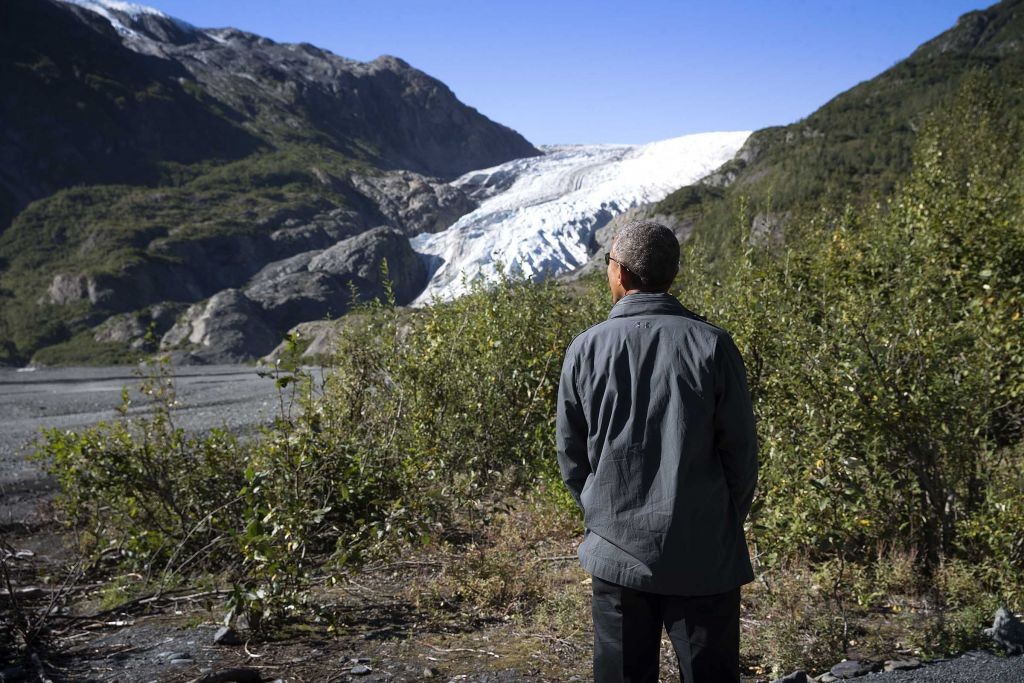 Pointing to melting glaciers and rising sea levels, President Obama in his recent trip to Alaska accentuated just how dire a problem climate change is becoming for the planet. His acceptance of responsibility for what is happening reminded me of a poem my father wrote about America’s contributions to the global crisis.

Here’s Obama describing what’s going on in our largest state:

[T]he Arctic is the leading edge of climate change — our leading indicator of what the entire planet faces.  Arctic temperatures are rising about twice as fast as the global average.  Over the past 60 years, Alaska has warmed about twice as fast as the rest of the United States.  Last year was Alaska’s warmest year on record — just as it was for the rest of the world.  And the impacts here are very real.

Thawing permafrost destabilizes the earth on which 100,000 Alaskans live, threatening homes, damaging transportation and energy infrastructure, which could cost billions of dollars to fix.

Warmer, more acidic oceans and rivers, and the migration of entire species, threatens the livelihoods of indigenous peoples, and local economies dependent on fishing and tourism.  Reduced sea levels leaves villages unprotected from floods and storm surges.  Some are in imminent danger; some will have to relocate entirely.  In fact, Alaska has some of the swiftest shoreline erosion rates in the world.

After his grim words, however, the president said there is hope. If America acknowledges its role in creating the problem, it can then begin to take concrete steps to fix it:

I’ve come here today, as the leader of the world’s largest economy and its second largest emitter, to say that the United States recognizes our role in creating this problem, and we embrace our responsibility to help solve it.  And I believe we can solve it.  That’s the good news.  Even if we cannot reverse the damage that we’ve already caused, we have the means — the scientific imagination and technological innovation — to avoid irreparable harm.

Here is Scott Bates setting forth various environment-destroying actions we have been engaged in. Like Obama’s speech, the poem is intended as a wakeup call. It is the opening poem in Bates’s An ABC of Radical Ecology:

Prologue: A Was America

This entry was posted in Bates (Scott) and tagged "A Was America", Barack Obama, climate change, Environment, global warming, Scott Bates. Bookmark the permalink. Post a comment or leave a trackback: Trackback URL.