Being Right on Climate Is Not Enough 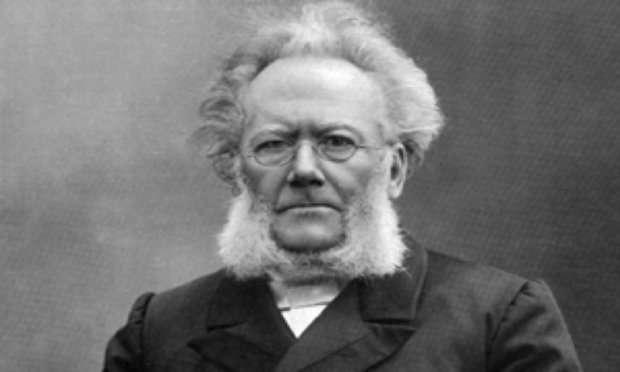 I asked my father to suggest a literary work that explores the kind of denialism we are witnessing with regard to climate change (see yesterday’s post on this issue), and he mentioned Henrik Ibsen’s Enemy of the People. Reading it for the first time, I was astounded at how useful it is for sorting through some of the issues in Obama’s battle with the GOP and some Red State Democrats (for example, West Virginia’s Joe Manchin) over passing meaningful environmental legislation.

Enemy of the People does what literature does best, which is probe our most pressing issues in profound ways. Because it is literature and not political discourse, it doesn’t preach one side. As a result, it surfaces important aspects of the current debate that we might otherwise overlook.

Upon first glance, it appears to make heroes out of outspoken scientists—which is to say, those who look objectively at the facts and who proclaim them to the world, no matter how disagreeable they are. The play’s protagonist, Dr. Stockmann, has discovered that the water supplying a popular resort in his town is polluted, in part because of an industrial tannery upstream.  Many people, including his brother the town mayor, try to get him to suppress the findings lest it hurt the town and its businesses. Just as climate change skeptics use a combination of denial and economic fear mongering (“utility rates will go up, costing jobs”) to fight possible solutions, so do the townspeople in the play. The water in the resort may have led to cases of typhoid and gastric fever, but people start referring to the doctor’s report as “unreliable and exaggerated accounts.”

The more they realize their economic lives are at stake, the more they dig in. Upton Sinclair’s famous quotation comes to mind: “It is difficult to get a man to understand something, when his salary depends upon his not understanding it!”

But there’s more to the play than this. The doctor is not himself a blameless character but is self righteous and contemptuous of those who are worried about their livelihoods. Indeed, by the end of the play, he is denouncing “the people” as sheep, condemning democracy, and sounding like an Ayn Rand hero. Here’s a taste:

He has lost his temper when he says this, which may excuse him a little. But it’s no wonder that his fellow citizens go on to declare him “an enemy of the people.”

There are characters who, while sympathetic with him, in the end distance themselves because he is not more circumspect. His brother the mayor points out that there is a difference between being right and governing and that sometimes compromises have to be made. Those who oppose him are not altogether wrong although each has his own cowardly and egotistical side.

Here’s a way that the play can be applied to our current debates over climate change solutions. On the one hand, Obama is like Dr. Stockmann as he calls out people for hiding their heads in the sand. As noted by two columnists that I particularly admire, Jonathan Cohn of The New Republic and Jon Chait of New York Magazine, what Obama has done and is planning to do is a B.F.D. (“big friggin’ deal”) and will make a significant reduction to America’s carbon emissions.

But Obama may also do what Dr. Stockmann never would, which is approve the Keystone Pipeline. Now I, who have been appalled at the environmental devastation already wreaked both by the production and the transportation of tar sands oil, will be sorely disappointed if he does. But Ibsen’s play reminds me not to become sanctimonious or narrow minded in my opposition. I will try to understand the politics that he is engaging in if he does so. I will remind myself that the perfect can be the enemy of the good, as the saying goes.

Thank God for the Dr. Stockmanns out there who are standing up for the environment. But Stockmann doesn’t figure out how to get people to listen to him, and his solution at the end is to start a school so that future citizens will stand up for what is right. Obama, by contrast, needs to work within current political constraints.

We sorely need Stockmanns. But we don’t necessarily want them holding public office.

This entry was posted in Ibsen (Henrik) and tagged Barack Obama, climate change, Enemy of the People, GOP, Henrik Ibsen, politics. Bookmark the permalink. Post a comment or leave a trackback: Trackback URL.