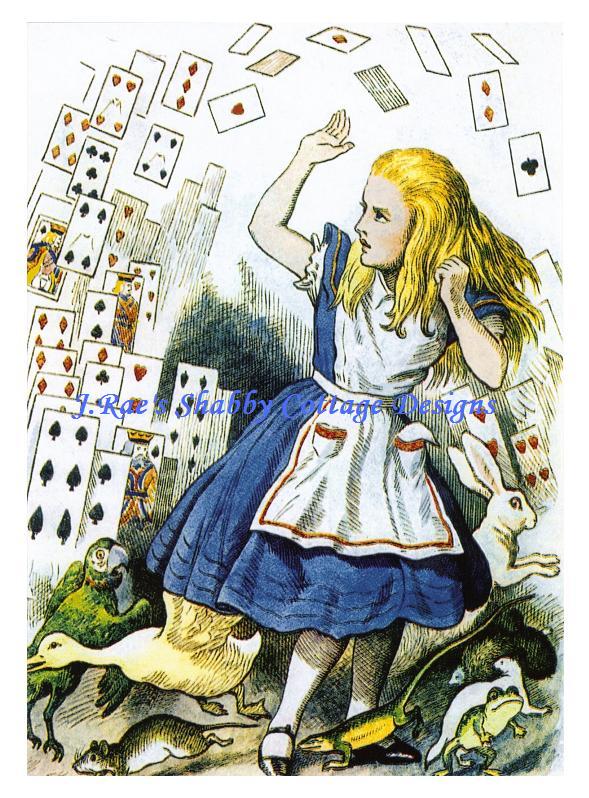 Tenniel illustration for Alice in Wonderland

Slate Magazine recently had a Jacob Weisberg column that invoked Alice through the Looking Glass in talking about the current Republican Party.  Noting that college-educated men like Chris Christie and Tim Pawlenty can’t admit to believing in evolution or climate change or the fact that tax raises will be needed to balance the budget, Weisberg notes,

Like the White Queen in her youth, the contemporary Republican politician must be capable of believing as many as six impossible things before breakfast.

Lewis Carroll’s Alice books seem indeed to be works for our times.  Last November I noted that the Tea Party movement seems to owe less to the Boston Tea Party than to Carroll’s Mad Tea Party, especially in the way that the Mad Hatter thinks that reality can be manipulated:

For instance, suppose it were nine o’clock in the morning. Just time to begin lessons: you’d only have to whisper a hint to Time, and round goes the clock in a twinkling! Half-past one, time for dinner!

I speculated in that post that people feeling boxed into a corner often resort to fantasy.  As I wrote,

Carroll’s own fantasy was a reaction against a complicated world that was putting severe pressures upon his citizens. In response, he retreated to a childhood wonderland and imagined his heroine rebelling (but always with apparent innocence) against bossy adults, rigid rule systems, boring social obligations, insipid moralistic lessons, and the like.

Of course, the difference is that Carroll admitted he was writing a fantasy.

Is there a Republican politician who will stand up to the ideologues of his party and start acknowledging some hard truths?  And then, when Rush Limbaugh and Fox pundits start shouting “off with his head” at any deviance from their litmus tests, can he or she say, as Alice says, “Who cares for you.  You’re nothing but a pack of cards?”

The cards’ response is at first frightening.  I remembering being terrified as a child when they all rose up and flew at Alice.  But ultimately she discovers that they are no more than a few leaves falling upon her while she slept.

She awakens to her sister caressing her and telling her what a long sleep she’s had.  When do we get to wake up and start dealing with reality?

This entry was posted in Carroll (Lewis) and tagged Alice in Wonderland, Alice through the Looking Glass, Lewis Carroll, politics. Bookmark the permalink. Comments are closed, but you can leave a trackback: Trackback URL.