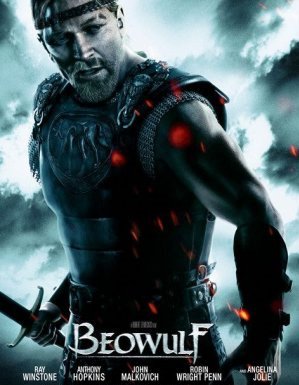 If Grendel rage is on the rampage in America, do we have a Beowulf who can defeat it?  And what would defeating it look like?

In a recent New York Times piece, liberal columnist Frank Rich talks about how irresponsible talk from political commentators and politicians essentially enable those committing hate crimes, even though these public figures don’t actually advocate violence. But Rich also talks about an instance in last year’s campaign when John McCain exercised leadership and “defended his opponent’s honor to a town-hall participant who vented her fears of the Democrats’ ‘Arab’ candidate.” After that defense, Rich says, the fever broke.

To be politically even-handed about this, in the 1970’s such enablers seemed more likely to be on the left. There were those who, because of their anger at racism and the Vietnam War, did not call out militants and other irresponsible advocates for “revolution.”

One who did, incidentally, was Martin Luther King. I was lucky enough to hear a speech he gave in Charleston, South Carolina on July 30, 1967. The moment I remember best is when he responded to the black militancy movement (which was chanting such slogans as “kill whitey” and “burn, baby, burn”) with something like, “Therefore I say, not burn, baby, burn, but build, baby, build!”

So can principled people step up and make a difference? It works in Beowulf. We first see the hero in operation upon his entering the Danish court. He is challenged there by Unferth, one of the king’s henchmen who resents the praises heaped upon the young warrior. Unferth proceeds to insult him.

Here’s a useful insight for reading Beowulf: you will encounter human versions of each of the monsters, a sign that the monsters are archetypes of human emotions and problems. Unferth is the human face of Grendel, resentful jealousy that often led to murderous disputes and blood feuds in Anglo-Saxon society. As Beowulf points out, Unferth has himself been guilty of killing a relative.

In responding to Unferth’s challenge, Beowulf stays within himself and doesn’t fly off the handle. Instead, he assesses Unferth, realizes that he has been drinking, and decides that a forceful declaration will defuse the situation. His strong show of authority silences his challenger.

He uses a version of this approach on Grendel as well. When Grendel bursts into the hall, Beowulf lets the monster come to him rather than go after the monster. Putting the battle in terms of akido, he remains centered. His stance is symbolized by his strong arm grip, and when Grendel feels it, he panics. Unable to break free, he tears himself free of his arm, sustaining a mortal wound as he flees.

Seen in terms of our battle against a simmering rage within society, Beowulf (please excuse the pun) disarms Grendel. In the face of real leadership, monstrous rage disintegrates.

Is this just a fantasy resolution for a seemingly intractable problem or can principled leaders, through forceful condemnation, in fact put a damper on crazy talk? And if so, who are today’s Beowulfs? Can President Obama be one? Is there a principled Republican who can play that role? Do we have spiritual leaders who can make themselves heard? I’ll trace more parallels between our present times and the poem in tomorrow’s post.

This entry was posted in Beowulf Poet and tagged Barack Obama, Beowulf, Grendel, John McCain, violence. Bookmark the permalink. Comments are closed, but you can leave a trackback: Trackback URL.