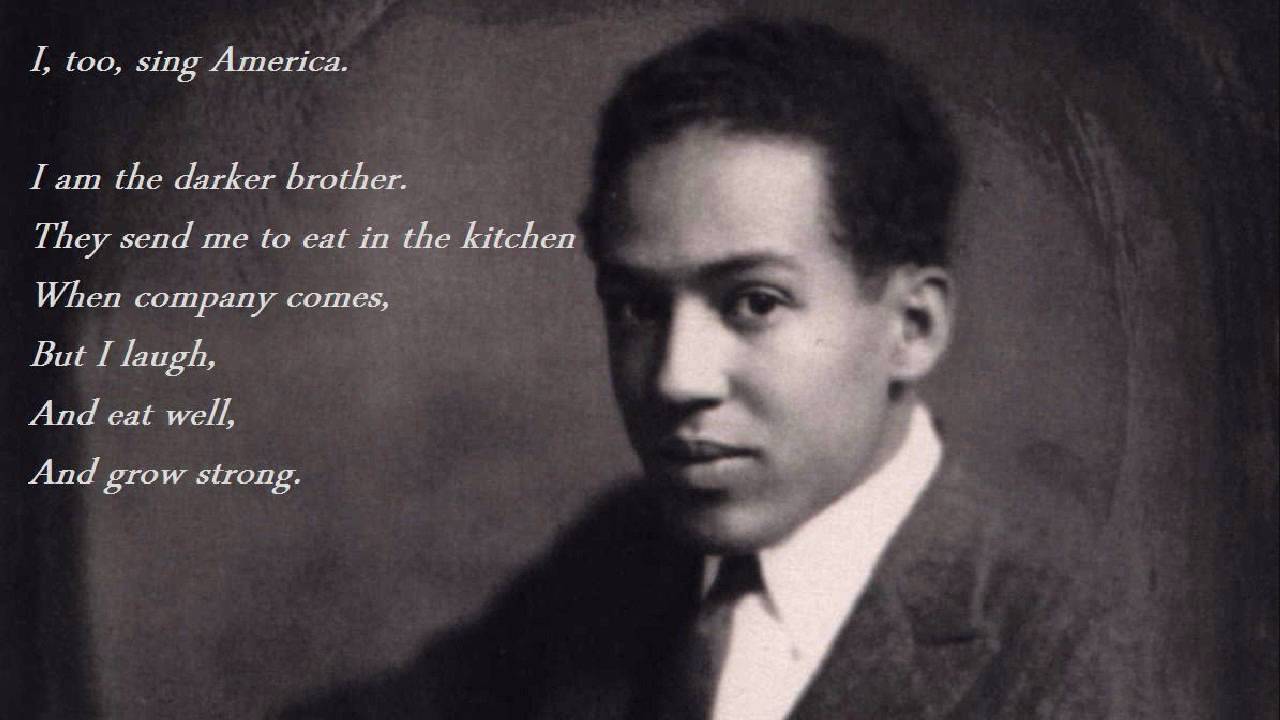 When normal words fail, poetry steps in. After two more police shootings of unarmed and innocent black men—which led to riots in Charlotte and Colin Kaepernick-style kneel-down protests all over the country—The New York Times devoted a full page to a Langston Hughes poem. It is a reminder, to those who need a reminder, that African Americans deserve the same respect as all other Americans. In other words, Black Lives Matter Too:

I, too, sing America.

I am the darker brother.
They send me to eat in the kitchen
When company comes,
But I laugh,
And eat well,
And grow strong.

Tomorrow,
I’ll be at the table
When company comes.
Nobody’ll dare
Say to me,
“Eat in the kitchen,”
Then.

Besides,
They’ll see how beautiful I am
And be ashamed—

The “too” is a reference to Walt Whitman and his poem “I Hear America Singing.” I like how Hughes pairs a warning—the speaker talks about being so strong that no one will dare to relegate him to the kitchen—with a positive incentive: once you know me, you’ll see “how beautiful I am.” Among racism’s deep tragedies is that we miss out on a lot of human beauty.

One encounters only the threat in Hughes’s well-known and very angry poem “Harlem,” which my novelist friend Rachel Kranz sent me while watching the Charlotte riots:

What happens to a dream deferred?

Or does it explode?

You know that African Americans are ready to explode when even conservative Michael Steele, former head of the Republican National Committee and an African American, vents his frustrations about the recent shootings. Here’s my loose transcription of what he said on MSNBC’s Hardball Wednesday night:

There is this growing view in the black community that we’re no longer perceived as human beings, that when a cop comes up to us, approaches us, they’re reactionary, they don’t see us as non-threatening, they see us automatically as a threat. That is not a perception for black people. That is a reality.

I no longer know if telling my kids to…turn the light on in the car, roll the windows down, do everything the officer tells you to—if it’s going to come out on a good end or a negative end. That is the frustration that you hear expressed more and more openly by black folks. You tell me what we need to do and we’ll do that.

Until police departments learn to see black citizens as beautiful people, we are going to see continued explosions.

Added note: There is some dispute over whether Keith Lamont Scott, the man shot in Charlotte, was carrying a book (as his relatives say) or a gun (as the police say). So he may not have been unarmed. But as Washington Post columnist Gene Robinson points out, North Carolina is an “open carry” state, meaning that citizens are allowed to carry guns. Or as Robinson observes, they are if they are white.