The Centrality of Fiction to Our Lives 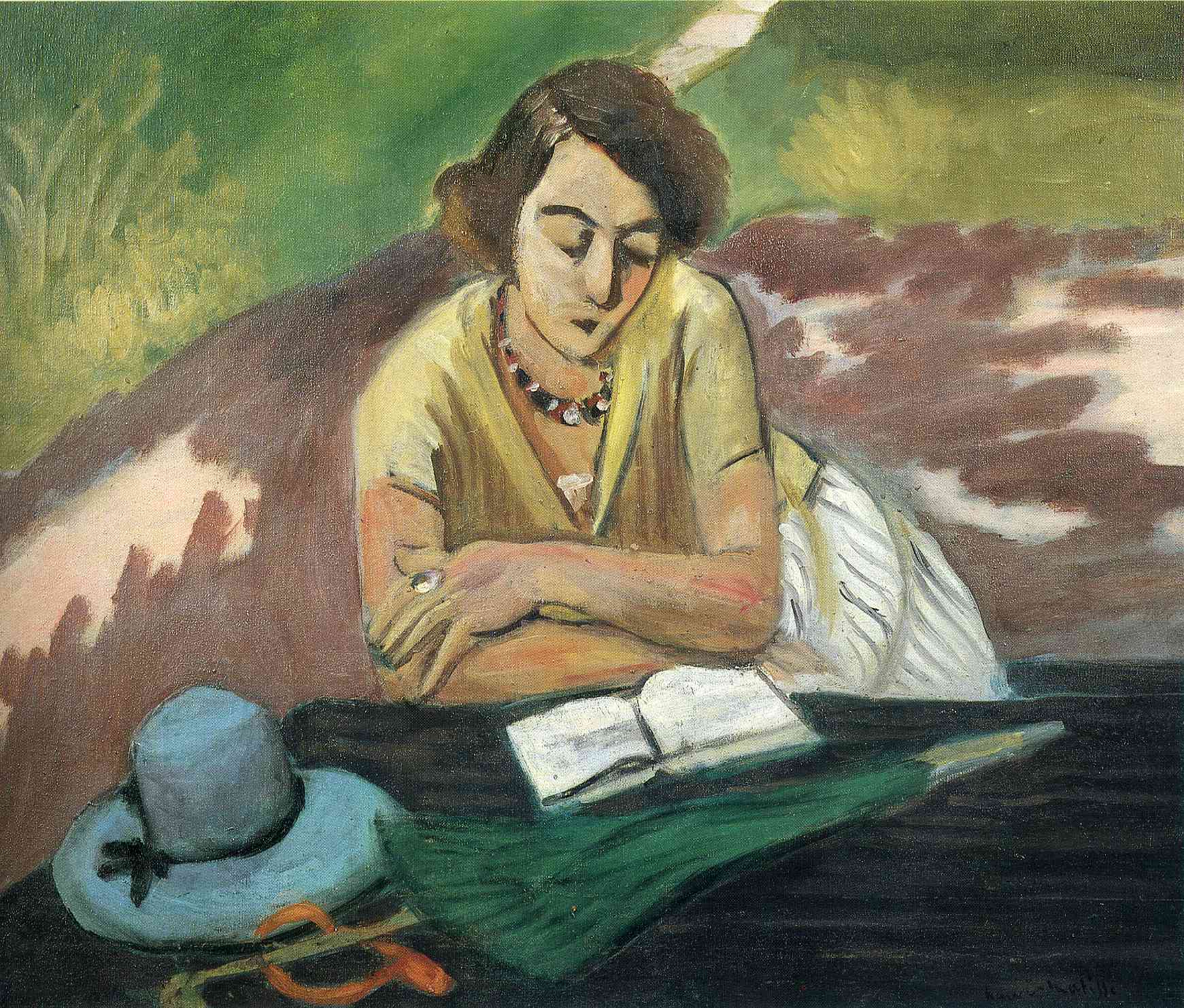 As a Spring Break gift to myself, I’ve just finished reading Jonathan Gottschall’s The Storytelling Animal: How Stories Make Us Human. It’s a short and very readable account that draws on the latest scientific research to explain why we are so drawn to stories.

Gottschall says that humans are wired for stories and that stories are central to who we are and how we function. We can’t help but think in terms of stories so that, even when we are given random sentences or encounter random events, our natural inclination is to weave them into stories. This is how we make sense of the world and how we bond as communities.

Stories and literature, of course, are not synonymous, but what Gottshall says about the power of story gives us insight into great novels, plays and poems. For that matter, Gottschall singles out the influence of certain literary works to make his point about the centrality of story to human experience. Gottschall talks about the significance of literary fiction in a chapter entitled “Ink People Change the World.

He starts off with a negative example: when Adolph Hitler was sixteen, his megalomania was triggered by Richard Wagner’s opera Rienzi, and Hitler relied on Wagner ever after. Indeed, Gottschall argues that Hitler essentially

ruled through art, and he ruled for art. In his book Hitler and the power of Aesthetics, Frederic Spotts writes that Hitler’s ultimate goals were not military and political; they were broadly artistic. In the new Reich, the arts would be supreme. Spotts criticizes historians who treat Hitler’s devotion to the arts as insincere, shallow, or strictly propagandistic. For Spotts, “Hitler’s interests n the arts was as intense as his racism; to disregard the one is as profound a distortion as to pass over the other.”

Gottschall notes that Hitler and Goebbells burned books that were “un-German in spirit” to ensure that their own story would prevail. Consigning to the flames such writers as Heinrich Mann, Bertolt Brecht, Ernst Glaser, Erich Kastner, Jack London, Theodore Dreiser, Ernest Hemingway, Heinrich Heine, and Thomas Mass  was testimony to the Nazis’ awareness that

ink people are among the most powerful and dangerous people in the world. And so they committed a holocaust of undesirable ink people so there would be fewer barriers to a holocaust of real people.

Gottschall follows up this negative example with a positive one, Uncle Tom’s Cabin, which I have blogged on in the past (here and here). Stowe’s history-changing novel not only bolstered the anti-slavery cause but also helped persuade England not to aid the south.

Gottschall also mentions Christmas Carol’s influence on Christmas; Homer’s influence on Alexander the Great (novelist Samuel Richardson once wondered whether Alexander would have been “so much a madman” had it not been for Homer); Young Verther’s influence on suicidal teens (I’ve posted on this here); 1984’s and Darkness at Noon’s effect of “steel[ing] a generation against the nightmare of totalitarianism”; and Invisible Man’s and To Kill a Mockingbird’s impact on racial attitudes.

How exactly is it that these works have such an impact? Gottschall quotes Tolstoy that we are infected with an author’s ideas and emotions and that “the stronger the infection, the better is the art as art.’” Gottschall also borrows from Somerset Maugham to describe how fiction writers

Further developing this line of thought, Gottschall draws on psychologists Melanie Green and Timothy Brock, who claim that the more a story grips us, the more we are changed by it. According to Green and Brock,

Fiction readers who reported a high level of absorption tended to have their beliefs changed in a more “story-consistent” way than those who were less absorbed. Highly absorbed readers also detected significantly fewer “false notes” in stories—inaccuracies, infelicities—than less transported readers.

From this observation, Gottschall draws a conclusion about “the molding power of story”:

When we read nonfiction, we read with our shields up. We are critical and skeptical. But when we are absorbed in a story, we drop our intellectual guard. We are moved emotionally, and this seems to leave us defenseless.

From my point of view as a literature teacher, the biggest strength of The Storytelling Animal is also, necessarily, its biggest weakness. To make his overarching claims for the power of story, Gottschall must mash together everything from videogames to War in Peace. It’s a problem that anthropologists and evolutionary biologists often run into when they tackle culture: they have difficulty distinguishing between the biological/social function of the arts and their spiritual or transcendent dimensions.

To be fair, at the end of the book Gottschall, a literature professor himself, gets nervous about the way he has seamlessly moved between high and low stories:

There’s an analogy to be made between our craving for story and our craving for food. A tendency to overeat served our ancestors well when food shortages were a predictable part of life. But now that we modern desk jockeys are awash in cheap grease and corn syrup, overeating is more likely to fatten us up and kill us young. Likewise, it could be that an intense greed for story was healthy for our ancestors but has some harmful consequences in a world where books, MP3 players, TVs, and iPhones make story omnipresent—and where we have, in romance novels and television shows such as Jersey Shore, something like the story equivalent of deep-fried Twinkies. I think the literary scholar Brian Boyd is right to wonder if overconsuming in a world awash with junk story could lead to something like a “mental diabetes epidemic.”

Similarly, a digital technology evolves, our stories—ubiquitous, immersive, interactive—may become dangerously attractive. The real threat isn’t that story will fade out of human life in the future; it’s that story will take it over completely.

What he suggests, in his final summation, is that we become like disciplined dieters and make nutritious choices. This would seem a good place to separate out literature from story. It is the distinction made by reception theorist Hans Robert Jauss.

Jauss distinguishes between great literature that changes one’s “horizon of expectations” and consumable literature (formulaic, predictable) that simply confirms that horizon. For Jauss it’s the difference between Flaubert’s Madame Bovary and Feydeau’s Marianne, a light drawing room comedy. Both works may deal with bourgeois infidelity, but Flaubert challenged the way we see and describe relationships while Feydeau’s audiences left the theater all but unchanged.

Gottschall, however, can’t go there. His anthropological train of thought has been steaming along a different track so that he’s ultimately unwilling to elevate one kind of story over another. For instance, he states that “even the pulpiest fare usually pulls us together around common values.”

I become absorbed in pulpy fare from time to time and sometimes can point to new insights I have gleaned. But when I discover that my emotions have been twisted for the purposes of some stale cliché, I feel ripped off. To return to the junk food analogy, it’s as though I’ve gorged on Halloween candy.

So while I agree with Gottschall that artistic and non-artistic stories appeal to some common appetites and serve some common functions, I suggest that we step out of psychology and anthropology and bring in the discriminating mind.

As an example of one such mind, I turn to Jane Austen. In Northanger Abbey, she has a heroine who is besotted with the gothic novels of Ann Radcliffe. I’ve written in the past about the good things that gothic novels do for Catherine, including helping her bond with a new friend and make some sense of an unfamiliar and potentially dangerous world. In the end, however, Catherine must abandon a shallow narrative for a complicated one if she is to do real justice to her inner potential. For that, she would be much better served by reading the novels of—oh, let’s say, Jane Austen.

In other words, while we may be a story telling animal, we become a higher life form when we choose literature. The better the novel, the better we process reality.