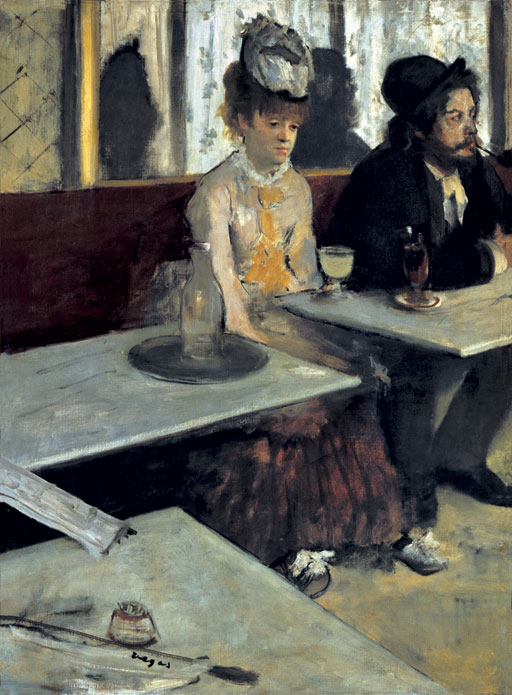 Here’s a novel to enhance the food that you eat and (in line with today’s theme) the alcohol you drink. Muriel Barbery’s Gourmet Rhapsody (2000) is about a famed food columnist who is dying. In the process, he revisits his most memorable food moments as he attempts to recall “a flavor that has been teasing my taste buds and my heart.” As he notes,

I know that this particular flavor is the first and ultimate truth of my entire life, and that it holds the key to a heart that I have since silenced. I know that it is a flavor from childhood or adolescence, an original, marvelous dish that predates my vocation as a critic, before I had any desire or pretension to expound on my pleasure in eating. A forgotten flavor, lodged in my deepest self, and which has surfaced at the twilight of my life as the only truth ever told—or realized. I search, and cannot find.

The man’s relatives, and also the reader, await to hear what he will order for his last meal, understanding that he will reveal this ultimate flavor at that point. I won’t spoil the ending by revealing what food he settles on.

I thought of the book recently as Barrett Emerick, a philosophy colleague who is staying with us this summer, offered me some of his Famous Grouse Scotch whiskey. We sat around drinking it and talking about a conference paper he is writing on how social justice requires us to acknowledge our biases (we all have them) as we deal with issues of race and other charged subjects. I also told him about Barbery’s testimony to whisky.

The food columnist is remembering an adolescent experience in a wine cellar. At this age he has not learned to appreciate wine. His host, understanding his situation, offers him another drink. Here’s his experience:

[T]he unfamiliar aroma unsettled me beyond anything I thought possible. Such formidable aggressiveness, such a muscular, abrupt explosion, dry and fruity at the same time, like a charge of adrenaline that has deserted the tissues where it ordinarily resides in order to evaporate upon the surface of the nose, a gaseous concentration of sensorial precipices…Stunned, I discovered that I liked this blunt whiff of incisive fermentation.

Like some ethereal marchioness, I cautiously ventured my lips into the peaty magma and…what a violent effect! An explosion of piquancy and seething elements suddenly detonates in my mouth; my organs no longer exist, no more palate or cheeks or saliva, only the ravaging sensation that some telluric warfare is raging inside me. In raptures, I allowed the first mouthful to linger for a moment on my tongue, while concentric undulations continued to engage it for a long while. That is the first way to drink whisky: absorb it ferociously, inhaling its pungent, unforgiving taste. The second swallow, on the other hand, was undertaken precipitously, as soon as it had gone down, it took a moment to warm my solar plexus—but what warmth it was! The stereotypical gesture of the man who drinks strong liquor—swallowing down the object of his desire in one gulp, then waiting, then closing his eyes from the shock and exhaling a sigh of mingled ease and commotion—offers a second manner of drinking whisky, where the taste buds are almost insensitive because the alcohol is merely passing through one’s throat, and the plexus, perfectly sensitive, is suddenly overwhelmed by the heat as if a bomb of ethylic plasma had landed there. It heats, and heats again, it disconcerts and rouses. It feels good. It is a sun whose blessed rays assure the body of its beaming presence.

The memory occurs near the end of the novel, and although whisky is not the flavor that the columnist is searching for, the vividness of the memory makes him realize that he may have to focus on unsophisticated foods. (The whisky description comes two chapters after a paean to the American breakfast, which the critic finds far superior to the French.) As he explains his rediscovered infatuation,

[T]hroughout my career I have never considered whisky to be anything more than a drink which, however delightful, is nevertheless of secondary importance: only the gold of wine could deserve my praise and the most significant prophecies of my oeuvre. Alas…it is only now that I understand: wine is the refined jewel that only a grown woman will prefer to the sparkling glossy trinkets adored by little girls. I learned to love what was worthy but in doing so I neglected to entertain the sudden passion that had no need of education. I truly love only beer and whisky—even though I do acknowledge that wine is divine. And as it has been decreed that today will be little more than a long series of acts of contrition, here is yet another: oh, Mephistophelean whisky, I loved you from the first swig, and betrayed you from the second—but nowhere else did I ever find, amidst the tyranny of flavors imposed upon me by my position, such a nuclear expansion capable of blasting my jaw away with delight… [all the ellipses are Barbery’s]

The description takes me back to my own experience as an adolescent with Normandy calvados, which is an apple brandy. When I was studying in Caen during my sophomore year of college, I had a friend, a farmer’s son, who would fill bottles from his father’s operation (which was highly illegal) and we would take it on picnics. I told my father about this and he recollected carrying calvados around Normandy in his canteen during World War II. He said he traded it for items from the supply sergeant.

And one final story: In 1978, when I revisiting Caen, the head of a pastry shop—the father of one of my father’s colleagues in the Sewanee French Department—introduced me, my wife, and my food chemist sister-in-law, to the farmer who supplied him with his butter, cream, and cheese. (My sister-in-law was the reason we asked for the introduction.) The farmer liked Americans because he had been imprisoned by the Germans and so served us up 35-year-old calvados in large coffee cups.

I have never been able to drink calvados since because every other version is just a pale imitation of what I remember.

Added note: My colleague Ben Click, a Mark Twain specialist, pointed out to me this passage on whisky (or whiskey) from Life on the Mississippi:

How solemn and beautiful is the thought, that the earliest pioneer of civilization, the van-leader of civilization, is never the steamboat, never the railroad, never the newspaper, never the Sabbath-school, never the missionary–but always whiskey! Such is the case. Look history over; you will see. The missionary comes after the whiskey– I mean he arrives after the whiskey has arrived; next comes the poor immigrant, with ax and hoe and rifle; next, the trader; next, the miscellaneous rush; next, the gambler, the desperado, the highwayman, and all their kindred in sin of both sexes; and next, the smart chap who has bought up an old grant that covers all the land; this brings the lawyer tribe; the vigilance committee brings the undertaker. All these interests bring the newspaper; the newspaper starts up politics and a railroad; all hands turn to and build a church and a jail– and behold, civilization is established for ever in the land. But whiskey, you see, was the van-leader in this beneficent work. It always is. It was like a foreigner–and excusable in a foreigner– to be ignorant of this great truth, and wander off into astronomy to borrow a symbol. But if he had been conversant with the facts, he would have said–

Westward the Jug of Empire takes its way.