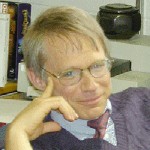 I taught English for 37 years, for a year at Morehouse College in Atlanta and then, until June of 2018, at St. Mary’s College of Maryland in St. Mary’s City, Maryland.  I have since retired to my boyhood home of Sewanee, Tennessee and teach occasional classes at the college there.

I grew up surrounded by books in Sewanee, where my French professor father read to my three brothers and me every night of our childhood.   When I had three sons of my own, I did the same, each night visiting Narnia, Middle Earth, Oz, Geatland, Camelot, Lilliput, 221B Baker Street, the Mississippi River, and other wondrous places.

This immersion in books has been vital to my life.  When, as a seventh grader, I was one of the plaintiffs in a civil rights suit brought by white and black families against the Franklin County school system (for failing to comply with Brown vs. Board of Education), I drew strength from Huck’s friendship with Jim.  As a lonely teenager in a military high school (and who of us is not lonely in those years?), I felt myself understood by existentialist writers such as Dostoyevsky, Sartre and Camus.  At Carleton College the poetry of D.H. Lawrence helped me get in touch with my love of life, including my sexuality.  Henry Fielding’s Tom Jones, about a young man venturing into the world, was the key work for me after I graduated and entered the job market, working for two years as a journalist.  “Sonny’s Blues” by James Baldwin was important to me when I was earning my PhD at Emory University because of the way the older brother learns to get out of his head and enter his heart.

Works of literature have even come to the rescue at moments of unimaginable pain.  When my wife’s father died (he was a lifelong farmer), we read to Robert Frost’s “After Applepicking,” about a man lying down to sleep following a bountiful harvest.   When our oldest son died in a freak drowning accident, I turned to Beowulf and Sir Gawain and the Green Knight.  Neither made the trauma go away, nor did I expect them to, but they provided me some relief in picturing the grieving process as a journey, not as a mindless thrashing around.

As a teacher, I have been privileged to watch scores of students use literature to wrestle with their most profound issues, including divorce, heartbreak, identity crisis, and death. In teaching them how to use literature in this way, I see myself providing them with essential life skills.