Who is the Worst Rake in Jane Austen? 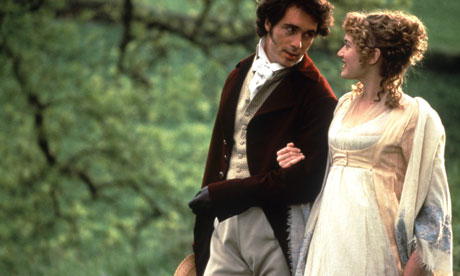 Wise and Winslet in “Sense and Sensibility”

The other day my Jane Austen class ranked the rakes that show up her novels. I was the odd person out in our voting. I’m curious how you would vote.

Jane Austen wrote in the Regency period when the decadent prince regent, later George IV, set a bad example for young men with his loose sexual morals, his free spending, and his large appetite. As Austen saw it, some young man with great potential had their promise sabotaged by the culture.

As much as I can gather from my students’ discussion, their ranking was as follows. Willoughby drew the most negative votes:

Frank Churchill perhaps shouldn’t be on the list since he proposes honorable marriage to Jane Fairfax. Then again, he takes far too much delight in putting one over on the citizens of Highbury.

In my own opinion, Mr. Eliot should have topped the list as he sets out to deliberately ruin his friend Mr. Smith. By contrast, Willoughby and Wickham are less calculating. I’m with Anne Elliot in being more offended by sins of the head than sins of passion. Willoughby may ruin Colonel Brandon’s ward and break Marianne’s heart while Wickham almost ruins Lydia, but their actions seem more the result of thoughtless narcissism than deliberate malice. Thomas Bertram, whose extravagance costs his brother a profitable living; Mr. Smith, whose extravagance plunges him and his wife into bankruptcy; and John Thorpe, a wannabe rake, fall into this thoughtless category.

I agree with the students that Henry Crawford should appear mid-list since he at least wrestles with his soul, even if he then returns to his rakish ways. He’s the only rake who undergoes such a struggle. Austen, who generally focuses exclusively on women, makes an exception in his case by showing us what he’s thinking. This almost automatically makes him somewhat sympathetic.

Actually, we see one other rakish interior. In his confession to Elinor, Willoughby shows himself to be conflicted and therefore to have more depth than, say, Wickham, This prompts Marianne’s sister to experience a “pang” for him.

So what purpose is served by such an exercise other than gaining more insight into the characters? Well, it gives the students a chance to weigh the conflicting claims of social influence and individual responsibility. Once again, literature provides an opportunity to practice ethical thinking.