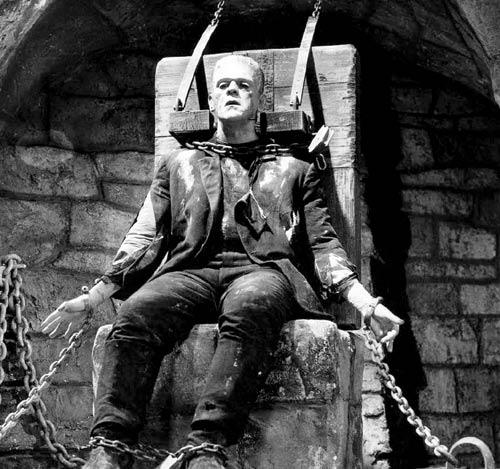 Facebook is finally admitting that Russia used it as a conduit for targeted advertising that influenced the 2016 election. A New York Times article cites Mary Shelley’s Frankenstein to comment on the significance..

No doubt you will make the connection right away. Kevin Roose writes,

When Mark Zuckerberg built Facebook in his Harvard dorm room in 2004, nobody could have imagined its becoming a censorship tool for repressive regimes, an arbiter of global speech standards or a vehicle for foreign propagandists…

“They still see themselves as a technology middleman,” said Mr. García Martínez. “Facebook is not supposed to be an element of a propaganda war. They’re completely not equipped to deal with that.”

Roose thought of Frankenstein after Facebook CEO Sheryl Sandberg, responding to how advertisers targeted users with offensive terms like “Jew hater,” wrote, “We never intended or anticipated this functionality being used this way.”

I had been the author of unalterable evils, and I lived in daily fear lest the monster whom I had created should perpetrate some new wickedness.

Frankenstein goes to engages in the same denial that we have been witnessing with Facebook creator Mark Zuckerberg, running away when he sees the dark side of his creation. Eventually he must face up to the consequences, however, as the monster goes on to kill his brother, his best friend, and his young bride. Zuckerberg should take up a version of Frankenstein’s final mission, which is to contain the damage he has unleashed upon the world. It won’t be easy as the monster has the ability to leap from ice flow to ice flow–or in the case of Facebook, from continent to continent and from targeted demographic to targeted demographic.

One further thought on Shelley’s novel: I’ve been writing this blog for over eight years and am struck by the number of times Frankenstein has been cited by columnists and other public figures. Often the GOP is seen as the inventor and its extremists (including Donald Trump) as the monster. Other works that show up in the public forum time and again are the Faust story, Alice in Wonderland, W. B. Yeats’s “The Second Coming” (“the best lack all conviction…”), The Crucible, and 1984.

Consider it our common literary heritage. As E.D. Hirsch observes in his book Cultural Literacy, shared literary works allow us to communicate powerfully and effectively. Roose’s Frankenstein allusion succinctly captures Facebook’s naiveté, its arrogance, and the scope of its (and our) dilemma. All who are aware of the Frankenstein story understand immediately.