How Will the Future Judge Us for Trump? 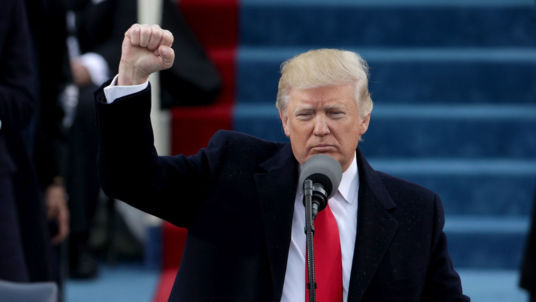 Yesterday, in conjunction with Donald Trump’s inauguration, the American Academy of Poets reprinted, and then shared with Salon, a 2015 Jane Hirshfield poem. In a statement to Salon, Hirshfield noted, “This poem was written well before today’s Presidential inauguration and without this event in mind. But it seems a day worth remembering the fate of our shared planet and all its beings, human and beyond.”

It’s one of those poems that, like many written by Robert Frost, becomes more elusive the more you look at it. It starts out with a familiar sentiment, that people close their eyes to warning signs–which in our case could be climate change, growing income inequality, or the rise of an authoritarian like Trump. You are invited to replace “it” with the looming catastrophe of your choice.

The speaker is defending her generation. We didn’t close our eyes and we can’t be accused of doing nothing. She does admit, however, that we did “not-enough.”

So what can we be accused of in the present situation? I’m willing to think of Trump as a kerosene fire, giving off a smelly odor but lighting up the landscape. Is that how we have been guilty? There certainly have been Republicans who warmed themselves at Trump’s fire, read reality by his crowds, and praised him (“I’m a fan,” said Ted Cruz about candidate Trump before Trump turned on him). Meanwhile liberals like me were fascinated by the flames and perhaps paid Trump a kind of homage in our obsession with him.

Meanwhile, feeding on our attention like fire upon oxygen, Trump burned until he consumed us all. That’s what future generations will see. It’s a more damning sin than willful blindness.

Let Them Not Say

This entry was posted in Hirshfield (Jane) and tagged "Let Them Not Say", Donald Trump, Jane Hirshfield. Bookmark the permalink. Post a comment or leave a trackback: Trackback URL.