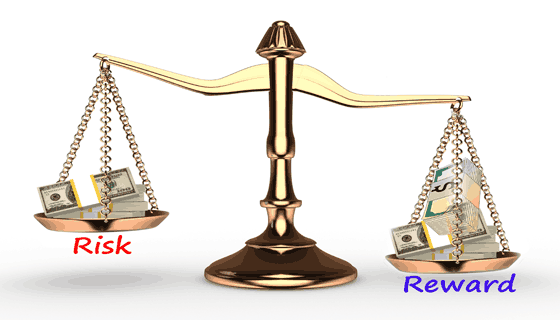 I share today another post from my novelist friend Rachel Kranz’s poker blog. Even those of us who don’t play poker know that game requires risk taking, but we may not equate those risks with those taken by a novelist in the act of composing. As always with Rachel’s posts, you don’t need to understand the game to appreciate the larger applications to life.

Risk: Calculations of Risk-Reward Ratios in Life and Poker

Few things are worse than checking Twitter after a bustout and finding that the Day 2 you just busted from might theoretically have ended in a $400,000 first prize.  Although I netted a min-cash of just under $3,000 with my 18 big blinds, I did technically have a shot at that $400k, and now, busted, I don’t.  Even though my chances of winning were extremely low—with nearly 300 players left and a below-average stack, they weren’t much more than 0.33 percent—the loss isn’t just what was but also what might have been; the loss of a fantasy, as my old therapist would have said.

Fantasy is the stuff of live tournament poker, of course.  People who want the best risk-reward ratio multi-table online, where volume beats variance; or they play cash, where a skilled player will win 60 percent of their sessions as opposed to a skilled tournament player, who cashes only 15 percent of the time. A summer WSOP schedule has famously been compared to “a Sunday”—that is, roughly the same number of tournaments that an online player plays in a single day.

The variance is magnified if you stick to the low buy-ins, as I do, with their enormous fields—although they do have a lot of money at the top.  And because those big fields are so soft—filled with recreational players whose skill is nowhere near a match for my own—they’re ultimately my best choice. Where else can you spend $1,100 with an expected return of 40 percent—and the hope of winning $400,000?  Because skill actually does come into play, a poker tournament is not just a lottery ticket—it has what players call “positive expectation.” I show my investors the cold, hard figures—how often I win online, how often I’ve won before.  I’m a good investment, for both their money and my own.  But let’s face it: for most of us, fantasy sweetens the pot.

Fantasy sours, though, when the dream fails to come true—or, more accurately, when it feels as though I have failed to make it come true.  In the tournament I just played, I busted on a high-variance play, and I’m sitting here with my notes and stats, trying to decide if it was a smart risk or a stupid one.  On the stupid side:  I had enough chips to survive a while longer, and a better opportunity might have come along.  Plus, maybe it was a play that could never have succeeded, and maybe I was supposed to know that.  On the smart side: With nearly 300 players to go and 18 big blinds (which would have dropped to 12 in less than 15 minutes), maybe a high-risk play was warranted (always supposing that it wasn’t doomed to fail in the first place).

Dear readers, be grateful:  You’re getting one paragraph of rumination and analysis, but I’m going to be chewing this one over for the next few hours and discussing it with my coach for another hour or so after that.  (Unless he just says, “Nope, easy fold,” in which case I’ll have to spend some more time figuring out why I didn’t know that and how to know it the next time.)  Underneath the poker analysis, though, is some personal analysis:  What else was going on today that might have colored either my actual decision or my feelings about it?

And so I come to the notion of risk.  In poker, we try to make that term cut and dried.  Exactly how much are we risking, and by how much might we be rewarded?  Get the risk-reward ratio right, and you’re a winning player.  Get it wrong, and you’re likely to be unprofitable in the long run, even if you occasionally get lucky.

Even in poker, risk-reward is hard to quantify, especially when you’re playing a tournament.  I can’t just look at how many chips I risked and how many I might have won; I also have to look at how likely it was that I could win them (depending on my opponent’s range, his skill level, his likelihood of taking the actions he took with a hand that could allow me to win).  Plus, I have to look at opportunity costs:  Given that I had a playable stack and a mainly soft field, busting out is a bigger loss than if I had fewer chips and a table of guys who outranked me.  If I’m fairly likely to lose anyway, risking my chances isn’t such a big deal.

If these kinds of calculations are hard in poker, how much harder do they become in life?  As my novel nears completion—the revision will probably be done by this fall—I think about what I’ve risked to write it.  I began it in 2000, just as my first novel appeared, to underwhelming acclaim.  I spent years—and probably several thousand dollars—doing research in South Carolina, Louisiana, Jamaica, Senegal, as well as buying dozens of books and poring over hundreds of online documents.  When I finished my first draft in 2008, my friends thought it was brilliant, though even they didn’t fully understand what I was doing, probably because I didn’t, either.  My agent, publisher, and the editor I hired (another expense!) totally didn’t get it.

Back to the drawing board.  It took months to figure out how to re-address the material and several years to rework it.  False starts.  Lost friendships.  Broken relationships.  Cancer.  My mother’s illness and her death.  Family ruptures.  Lost faith—almost, but not quite.  Even when I no longer understood why I was still working on it, I couldn’t quite bear to let it go.  In poker, do they call that throwing good money after bad?  Or do they call it a profound faith in the long run, the dogged, willful, stubborn grit to outlast a losing streak that goes on far longer than you ever thought it could, that hurts worse than you ever imagined, that undermines your faith in yourself and your life’s purpose to a degree that seemed, literally, incredible—until there you are, faith lost, hope lost, purpose lost…until there you are, still writing.

Risk is a closed door, thick and impermeable.  You use all the tools at your disposal to guess at what’s on the other side—what hand your opponent holds, how likely he is to fold, how much you’ll win if your hand comes in, how much you’ll lose if it doesn’t.  Even if you know you’re risking your tournament life, how much is that life worth, really?  Even if you know you’re more likely to lose than to win, is the reward great enough to justify the risk?

We love poker because, at least sometimes, we can find the answers.  And maybe because it teaches us to love a life in which, often, we can’t.