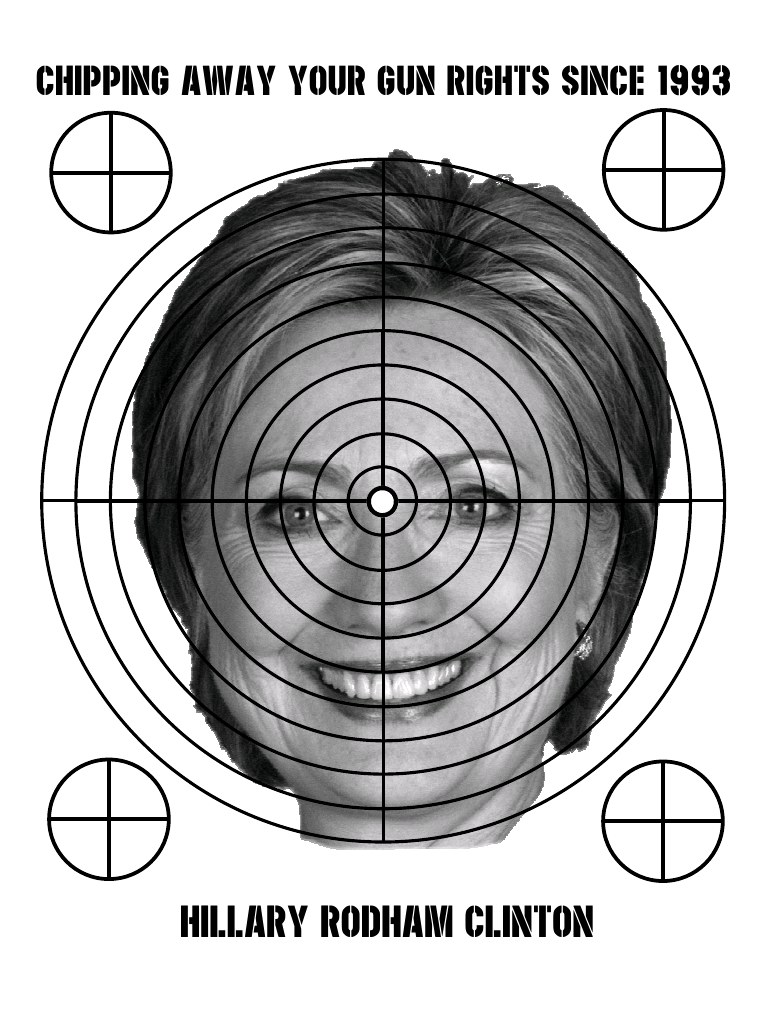 “Is America more racist or more sexist,” asked a Salon headline before acknowledging that “it’s a tough call.” If Hillary Clinton is elected to be our next president, we’ll be able to make comparisons.

I’ve been reminded how deep misogyny goes in the American psyche by Toni Morrison’s novel Paradise (1997), which I just finished reading. Morrison notes that there’s nothing that makes men crazier than independent women, and her novel helps us understand the cries to “lock her up,” Donald Trump’s promise to imprison Clinton if he’s elected, and the various “jokes” about hanging her or shooting her. (The latest one is from North Carolina Senator Richard Burr.) The hatred, out of all proportion to anything that Hillary has actually done, makes sense if one sees it arising from a primal fear of women with power.

Paradise is about the all-black town of Ruby, Oklahoma and a former convent, now a home for stray women, about two miles out. The men of the town come to feel increasingly threatened and eventually form a posse to massacre them.

A midwife, herself an object of suspicion because men fear their dependence on her, overhears them planning the attack. Their accusations have as little basis in fact as the Whitewater, Travelgate, Vince Foster, and Benghazi charges:

Listen, nothing ever happened around here like what’s going on now. Before those heifers came to town this was a peaceable kingdom. The others before them at least had some religion. These here sluts out there by themselves never step foot in church and I bet you a dollar to a fat nickel they ain’t thinking about one either. They don’t need men and they don’t need God. Can’t say they haven’t been warned. Asked first [to leave] and then warned. If they stayed to themselves, that’d be something. But they don’t. They meddle. Drawing folks out there like flies to shit and everybody who goes near them is maimed somehow and the mess is seeping back into our homes, our families. We can’t have it, you all. Can’t have it at all.

The midwife understands that the reasons they give aren’t the real reasons—or as she puts it “the fangs and the tail are somewhere else”:

Out yonder all slithery in a house full of women. Not women locked safely away from men, but worse, women who chose themselves for company, which is to say not a convent but a coven.

She knows the men well enough to understand what is beyond each one’s talk. First there’s Sargeant, a successful businessman:

Some of it she got right away. Sargeant, she knew, would be nodding at every shred of gossip, chewing on the rag end of truth and wondering aloud why this deliberately beautiful town governed by responsible men couldn’t remain so: stable, prosperous, with no talk-back young people. Why would they want to leave and raise families (and customers) elsewhere? But he would be thinking how much less his outlay would be if he owned the Convent land, and how, if the women are gone from there, he would be in a better position to own it. Everyone knew he had already visited the Convent—to “warn” them, which is to say, he offered to buy the place, and when the response was an incomprehensible stare, he told the old woman to “think carefully” and that “other things could happen to lower the price.”

There is Wisdom Poole, a village elder:

Wisdom Poole would be looking for a reason to explain why he had no control anymore over his brothers and sisters. To explain how it happened that those who used to worship him, listen to him, were now strays trying to be on their own.

There is Steward, who still holds it against one of the women for having had an affair with his twin brother:

The women in the Convent were for him a flaunting parody of the nineteen Negro ladies of his and his brother’s youthful memory and perfect understanding. They were the degradation of that moment they’d shared of sunlit skin and verbena. They, with their mindless giggling, outraged the dulcet tones, the tinkling in the merry and welcoming laughter of the nineteen ladies who, scheduled to live forever in pastel shaded dreams, were now doomed to extinction by this new and obscene breed of female. He could not abide them for sullying his personal history with their streetwalkers’ clothes and whores’ appetites; mocking and desecrating the vision that carried him and his brother through a war, that imbued their marriages and strengthened their efforts to build a town where the vision could flourish. He would never forgive them that and he would not tolerate this loss of charity.

His brother Deacon, meanwhile, still holds his former lover responsible for his unfaithfulness to his wife:

The midwife doesn’t figure out all the individual motives but she knows a lynching party when she sees one:

Lone didn’t, couldn’t, know all, but she knew enough and the flashlights had revealed the equipment: handcuffs glinted, rope coiled and she did not have to guess what else they had….The men had not come there merely to rehearse. Like boot camp recruits, like invaders preparing for slaughter, they were there to rave, to heat the blood or turn it icicle cold the better to execute the mission.

Hillary, with her soaring ambition and loud laugh, is a “new and obscene breed of female.” Donald Trump tapped into something deep when he called her “a nasty woman.” There is a reason why men’s fantasies of shooting her.

Thank goodness she has security guards, which means she probably won’t share the same fate as the women in Paradise. Hopefully she also has enough voters so save us from Trump.

Perspective Check: If you want perspective on just how small Clinton’s e-mail issues are compared to what her opponent has done, check out this comparative list in Slate. Judging which candidate is “the most corrupt,” the article lists 239 items under Donald Trump, one under Clinton (“poor email server management”).

Relevant Research: According to Vox, new research indicates that the best indicator of Trump support lies in attitudes towards women:

Explanations [for Trump support] abound: They’re stricken with economic anxiety. They’re anxious about their social status. They feel left behind by the federal government. They’re authoritarians who want a forceful leader. They’re racists who oppose the changing demographics and norms of the US.

But there’s another important factor that these analyses have largely left out: sexism. Three political scientists who studied the connection between sexism, emotions, and support for Trump found that the more hostile voters were toward women, the more likely they were to support Trump.