Who Is Your Favorite Dickens Character? 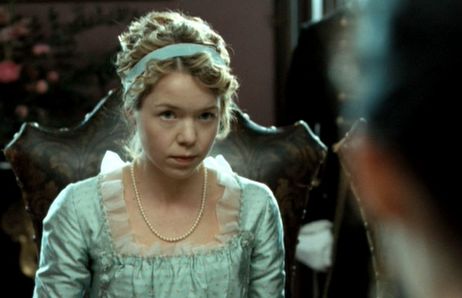 In my Theories of the Readers class, I’ve been teaching Wayne Booth’s work on “ethical criticism,” which talks about books as friends. Usually the books towards which we feel the friendliest are those with memorable characters, which is why Dickens ranks high on people’s friendship lists.

Reader and high school English teacher Carl Rosin sent me the link to a series of articles that England’s Guardian newspaper ran on people’s favorite Dickens characters (in honor of the author’s 200th birthday). Here’s one on Aged P in Great Expectations. You can find other characters at the end of the article.

The series got me to ask myself who I liked best.

I haven’t read Bleak House in 35 years but I remember really, really liking Esther Sommerson, so she may be my favorite. (My wife, incidentally, like a comparable character: the selfless Lizzie Hexam from Our Mutual Friend.) Wemmeck from Great Expectations is great—I was enchanted by the image of his home being his castle—and I have a fondness for the big-hearted innocence of Pickwick. I am inspired by the friendship between Nicholas Nickleby and poor Smike, one of a number of  children who have the misfortune to die in a Dickens novel. (While I surrender to my soft side when I read Dickens, I also appreciate Oscar Wilde’s brilliant putdown of Victorian sentimentality in a comment on The Old Curiosity Shop: ““One must have a heart of stone to read the death of little Nell without laughing.”)

Of course, our friends aren’t only the positive characters. Dickens’ evil and mixed characters become part of our lives, acquaintances in their own right. Madame Defarge terrified me as a child, Scrooge presents us with the grim specter of a closed heart (until he has his revelation), and Bounderby is alive and well in America today (see my post on him here).

It’s been so long since I read Bleak House that instead of Esther I’ll write on Sissy Jupe from Hard Times. Raised in the circus, she brings imagination into Grandgrind’s and Bounderby’s cold, industrial, fact-oriented world. She has an innocence that refuses to surrender to the so-called “facts” and knows that a horse is not in fact (as defined by thus-and-much-more Bitzer) a “Quadruped. Graminivorous. Forty teeth, namely twenty-four grinders, four eye-teeth, and twelve incisive. Sheds coat in the spring; in marshy countries, sheds hoofs, too. Hoofs hard, but requiring to be shod with iron. Age known by marks in mouth.’

But while innocent, she also has the wisdom that comes from being in touch with what is important in life. She understands human dignity and why her father, no longer able to perform his acrobatics, runs away. She uses this wisdom to save Louisa Grandgrind, both from scandal and, even more importantly, from an empty life. She has much in common with Dickens who, despite his childhood hardships, held on to the world of the imagination, through which he redeemed the world.

I conclude today’s entry with the wonderful passage where Sissy routes Harthouse, the rake who is prepared to ruin Louisa. Feel free to let me know your own favorite Dickens characters:

‘Mr Harthouse,’ returned Sissy, with a blending of gentleness and steadiness that quite defeated him, and with a simple confidence in his being bound to do what she required, that held him at a singular disadvantage, ‘the only reparation that remains with you, is to leave here immediately and finally. I am quite sure that you can mitigate in no other way the wrong and harm you have done. I am quite sure that it is the only compensation you have left it in your power to make. I do not say that it is much, or that it is enough; but it is something, and it is necessary. Therefore, though without any other authority than I have given you, and even without the knowledge of any other person than yourself and myself, I ask you to depart from this place tonight, under an obligation never to return to it.’

If she had asserted any influence over him beyond her plain faith in the truth and right of what she said; if she had concealed the least doubt or irresolution, or had harboured for the best purpose any reserve or pretence; if she had shown, or felt, the lightest trace of any sensitiveness to his ridicule or his astonishment, or any remonstrance he might offer; he would have carried it against her at this point. But he could as easily have changed a clear sky by looking at it in surprise, as affect her.

‘But do you know,’ he asked, quite at a loss, ‘the extent of what you ask? You probably are not aware that I am here on a public kind of business, preposterous enough in itself, but which I have gone in for, and sworn by, and am supposed to be devoted to in quite a desperate manner? You probably are not aware of that, but I assure you it’s the fact.’

It had no effect on Sissy, fact or no fact.

‘Besides which,’ said Mr Harthouse, taking a turn or two across the room, dubiously, ‘it’s so alarmingly absurd. It would make a man so ridiculous, after going in for these fellows, to back out in such an incomprehensible way.’

He glanced at her face, and walked about again. ‘Upon my soul, I don’t know what to say. So immensely absurd!’

‘I suppose a man never was placed in a more ridiculous position,’ he said, after looking down, and looking up, and laughing, and frowning, and walking off, and walking back again. ‘But I see no way out of it. What will be, will be. This will be, I suppose. I must take off myself, I imagine — in short, I engage to do it.’

Sissy rose. She was not surprised by the result, but she was happy in it, and her face beamed brightly.

‘You will permit me to say,’ continued Mr James Harthouse, ‘that I doubt if any other ambassador, or ambassadress, could have addressed me with the same success. I must not only regard myself as being in a very ridiculous position, but as being vanquished at all points. Will you allow me the privilege of remembering my enemy’s name?’

‘My name?’ said the ambassadress.

‘The only name I could possibly care to know, tonight.’

‘Pardon my curiosity at parting. Related to the family?’

‘I am only a poor girl,’ returned Sissy. ‘I was separated from my father — he was only a stroller — and taken pity on by Mr Gradgrind. I have lived in the house ever since.’