Born with a Knife in the Heart 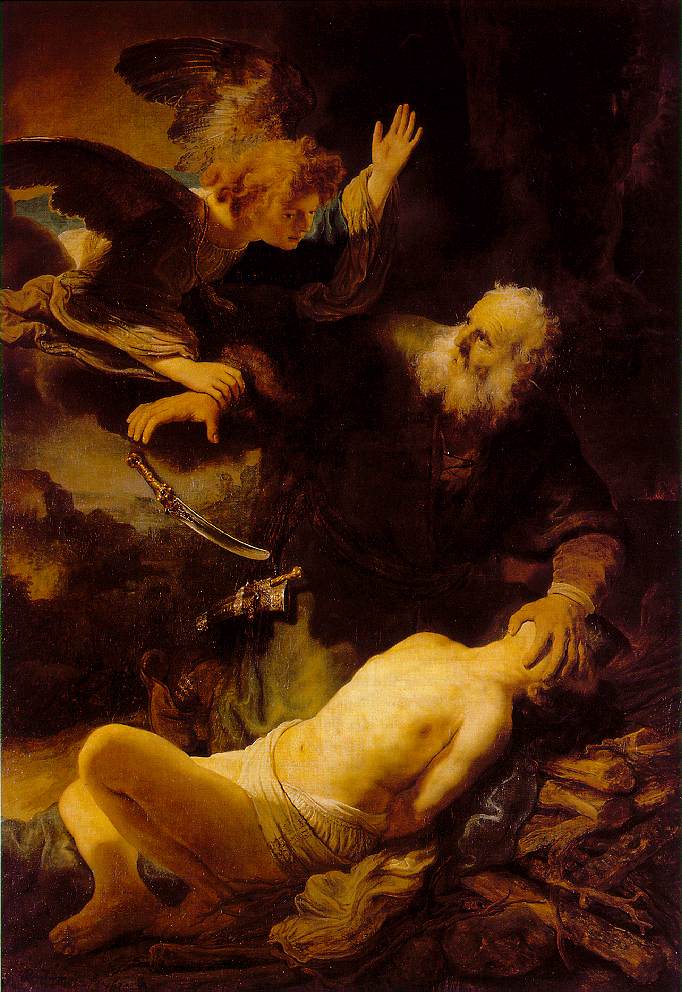 Today’s lectionary reading, one of the most troubling in the Bible, is the story of Abraham’s near sacrifice of Issac. Haim Gouri uses the story to reflect upon the legacy of violence.

Gouri witnessed violence himself. Born in Israel in 1923, he fought against the British prior to Israel’s independence as a member of an elite fighting force. His experience, however, made him aware that those who suffer persecution “are born with a knife in their hearts.” If they don’t break free of this “heritage,” they will become oppressors in their turn.

When they came to the place that God had shown him, Abraham built an altar there and laid the wood in order. He bound his son Isaac, and laid him on the altar, on top of the wood. Then Abraham reached out his hand and took the knife to kill his son. But the angel of the Lord called to him from heaven, and said, “Abraham, Abraham!” And he said, “Here I am.” He said, “Do not lay your hand on the boy or do anything to him; for now I know that you fear God, since you have not withheld your son, your only son, from me.” And Abraham looked up and saw a ram, caught in a thicket by its horns. Abraham went and took the ram and offered it up as a burnt offering instead of his son. So Abraham called that place “The Lord will provide”; as it is said to this day, “On the mount of the Lord it shall be provided.”

The ram came last of all. And Abraham
did not know that it came to answer the
boy’s question – first of his strength
when his day was on the wane.

The old man raised his head. Seeing
that it was no dream and that the angel
stood there – the knife slipped from his hand.

The boy, released from his bonds,
saw his father’s back.

Isaac, as the story goes, was not
sacrificed. He lived for many years,
saw what pleasure had to offer,
until his eyesight dimmed.

But he bequeathed that hour to his offspring.
They are born with a knife in their hearts.

I’ve always been struck by how Isaac, unlike father Abraham and sons Esau and Jacob, is a passive figure. His father chooses his wife and his wife and Jacob trick him into bestowing his blessing on the wrong son. How deep did the emotional scars go and what lessons did he pass down to subsequent generations?

Previous Posts on the Abraham and Isaac story

Wilfred Owen and Rumi: Sacrifice Ram of Pride, Not Isaac

This entry was posted in Gouri (Haim) and tagged "Heritage", Abraham and Isaac, Haim Gouri, Israel, violence. Bookmark the permalink. Post a comment or leave a trackback: Trackback URL.