Coping with Aging through Poetry 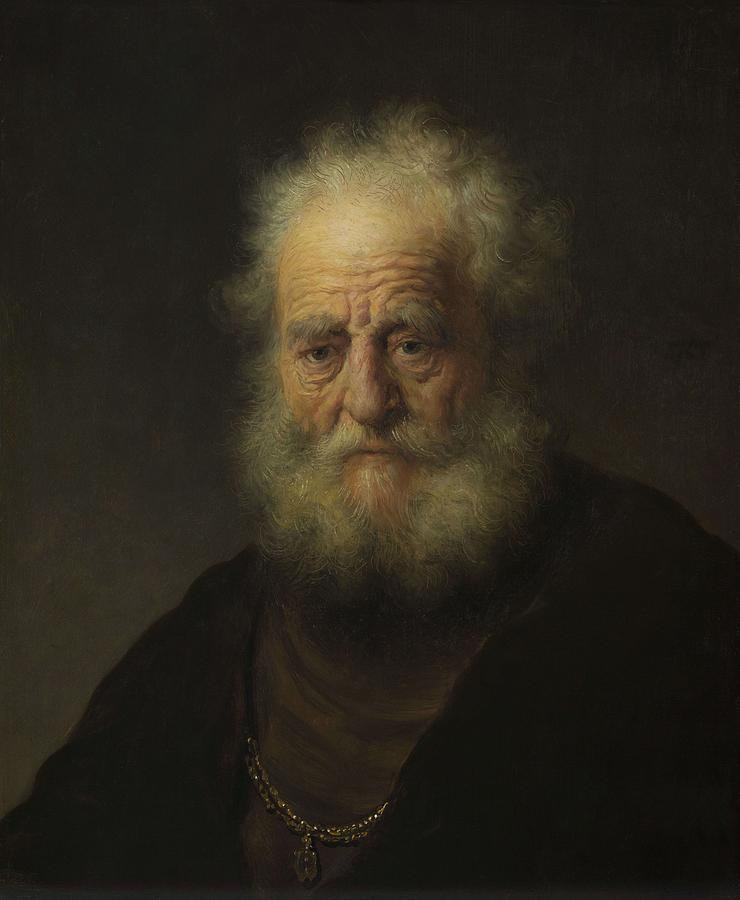 Rembrandt, “Study of an Old Man with a Chain”

Going through my files, I came across an article by one Fred Blick about how Wordsworth’s poetry helped him cope with aging. Although the insights themselves aren’t new, the article answers one question that has puzzled me for a long time: why is Wordsworth, who wrote Tintern Abbey at the tender age of 28 and Intimations of Immortality at 34, so concerned with aging. Isn’t this a worry that comes later in life?

Thus, it is more understandable that, at 28, he would worry losing his child’s sense of wonder, which he does in “My Heart Leaps Up.” In Tintern Abbey, written the same year, he sees himself as different than he was at 23:

Changed, no doubt, from what I was when first
I came among these hills; when like a roe
I bounded over the mountains, by the sides
Of the deep rivers, and the lonely streams,
Wherever nature led: more like a man
Flying from something that he dreads, than one
Who sought the thing he loved. For nature then
(The coarser pleasures of my boyish days,
And their glad animal movements all gone by)
To me was all in all.—I cannot paint
What then I was. The sounding cataract
Haunted me like a passion: the tall rock,
The mountain, and the deep and gloomy wood,
Their colors and their forms, were then to me
An appetite; a feeling and a love,
That had no need of a remoter charm
By thought supplied, nor any interest
Unborrowed from the eye.

“That time is past,” he goes on to say, “and all its aching joys are now no more.” A version of the same lament runs through Intimations of Immortality, written six years later.

Fortunately, Wordsworth reports in Tintern Abbey that aging brings with it “abundant recompense.” What he loses in direct connection with nature, he makes up for in mature reflection:

For I have learned
To look on nature, not as in the hour
Of thoughtless youth; but hearing oftentimes
The still, sad music of humanity,
Nor harsh nor grating, though of ample power
To chasten and subdue. And I have felt
A presence that disturbs me with the joy
Of elevated thoughts; a sense sublime
Of something far more deeply interfused,
Whose dwelling is the light of setting suns,
And the round ocean, and the living air,
And the blue sky, and in the mind of man;
A motion and a spirit, that impels
All thinking things, all objects of all thought,
And rolls through all things.

Quoting Book 12 of The Prelude (written when Wordsworth was 35), Blick notes that aging and recollecting are integrally connected:

It follows that recollection in general, and of ‘spots of time’ in particular, were significant features of his inspiration. Recollection helped him mentally and physically to adapt to aging:

There are in existence spots of time,
Which with distinct prominence retain
A renovating virtue.

At times, Blick observes, in the early poems “Wordsworth’s references to the old appear to be quite objective and distant – almost cruel.” By the time he is 34 and writing Intimations, however, he has a deep appreciation for the gifts of aging:

Though nothing can bring back the hour
Of splendour in the grass, of glory in the flower;
We will grieve not, rather find
Strength in what remains behind;
In the primal sympathy
Which having been must ever be;
In the soothing thoughts that spring
Out of human suffering;
In the faith that looks through death,
In years that bring the philosophic mind.

At 44, after having lost his children, he captures the deep sorrows of aging in The Excursion:

I see around me here
Things which you cannot see: we die, my Friend,
Nor we alone, but that which each man loved
And prized in his peculiar nook of earth
Dies with him, or is changed; and very soon
Even of the good is no memorial left.

What keeps him going, Blick notes, is his faith in infinity and God, expressed in Books 6 and 13 of The Prelude (written when 35)

Our destiny, our nature, and our home
Is with infinitude, and only there (Book 6)

The feeling of life endless, the one thought
By which we live, infinity and God. (Book 13)

Blick concludes his article with a poem written at 76 about a man losing his pet bird. The concluding lines, he says, “are imbued with a profound truth about the power of love and friendship in old age”:

O that the good old Man had power to prove,
By message sent through air or visible token,
That still he loves the Bird, and still must love;
That friendship lasts though fellowship is broken.

When I still thought of Wordsworth as a young man writing Tintern Abbey and Intimations of Immortality, I questioned whether he really believed in aging’s “abundant recompense.” Might he not just be rationalizing? With Blick’s help, however, I can see that the insights are dearly bought and ring with conviction. Having lost many dear ones, including a son, I too can declare that “friendship lasts though fellowship is broken.”

This entry was posted in Wordsworth (William) and tagged "Prelude", Aging, death and dying, Intimations of Immortality, Tintern Abbey, William Wordsworth. Bookmark the permalink. Post a comment or leave a trackback: Trackback URL.