GOP Is Jake from “Lonesome Dove” 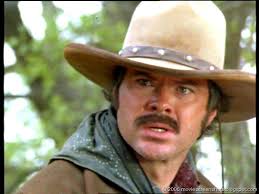 Amongst the most appalling political developments of our time has been Donald Trump’s takeover of the Republican Party. In retrospect, however, this should not surprise us. Once the GOP began defining itself solely as a grievance party, giving up all pretense of governing and instead exploiting people’s fears to grab whatever spoils it could, it lost the ethical compass required to resist a conman who played the game even better.

Republicans should have been bailing wholesale on Trump from the moment he pronounced Mexican immigrants to be “rapists and murderers.” Or following the Hollywood Access tape. Or when he called some of those fascists marching on Charlottesville “very fine people.” Or when his administration started putting kids in cages. Instead, most have gone along, hoping that all would turn out well. They resemble no one so much as the character Jake Spoon in Larry McMurtry’s masterpiece Lonesome Dove. It’s instructive to follow how Jake, after falling in with a murderous band, closes his eyes to what they are up to.

Jake is initially part of a daring enterprise to take cattle from drought-stricken Texas to Montana’s lush grasslands in the late 1870s.  McMurtry taps into America’s pioneer mythology, and some of the men in the party regard Jake as a legend. It becomes gradually clear, however, that Jake has no moral center and simply does whatever benefits him.

Gus, one of the Texas rangers heading the expedition, has Jake’s number, observing, “Something in Jake didn’t quite stick. Something wasn’t quite consistent.” His fellow ranger Call notes, “Jake just kind of drifts. Any wind can blow him.”

In a observation that could apply to Trump, McMurtry writes,

Jake just dreamed his way through life and somehow got by with it.

Only Jake doesn’t get by with it in the end. Running away after accidentally shooting a dentist—Jake always blames what he does on bad luck and accidents—he falls in with a pathological killer and his gang. Although Jake doesn’t kill anyone himself, he doesn’t put himself at risk by protesting. Think of him as GOP legislators allowing Trump to do the dirty work.

The following description of his relationship with the gang shows how he slides from responsibility:

They were hard men, and he had made a bad choice in riding with them, but nothing very terrible had come of it, and they were almost to Dodge. It seemed to him he had slid into bad luck in Arkansas, the day he accidentally shot the dentist, and now he was about to slide out of it in Kansas and resume the kind of enjoyable life he felt he deserved.

If you are with people who leave a string of corpses in their wake, however, you can escape accountability for only so long. As Gus’s fellow ranger Call puts it, “It’s a bad situation but he put himself in it.” To which Gus adds, “Ride with an outlaw, die with him.” They hang Jake along with the others.

Now we are seeing murderers and attempted murderers who feel affirmed by Donald Trump, even when he doesn’t go as far as they would like. Darryl Johnson, the former Homeland Security analyst who warned about the rise of rightwing terrorism in 2009 (and was pilloried for it), explains how it works. Noting that extremist rightwing groups normally decline during Republican administrations, Johnson says it has been different under Trump:

Building a border wall, deporting immigrants, a travel ban on Muslim countries — these are themes discussed on white-nationalist message boards and websites for years, now being endorsed and talked about at the highest levels of the government. He’s retweeted messages about Muslims from conspiracy sites. What keeps these groups energized and active is the fact that the administration has mainstreamed their message and tried to put it forth as policy….

[Trump] sends a message to the white nationalists that, “Hey, I’ve got your back, I’m gonna deflect the blame from you on to other people.” It doesn’t deter the violence. It actually encourages future violence, by not calling it out for what it was and who instigated it.

Although I’m comparing GOP legislators with Jake, Trump also shares some of his traits. As Washington Post’s Alexandra Petri points out, Trump too dreams his way through life:

The scariest thing about Donald Trump is that he thinks none of this is real. Someone has punched a protester at his rally? It is some clever trick, fodder for a morning show. It is all done with wires and camera angles, something like the WWE. No one’s indignation is real, least of all the press’s. Those protesters are crying because they have been paid. This was all a sort of game, and the advantage was to the person treating it as such.

While it may not seem real to Trump, however, his words have real consequences for other people. According to Johnson, this is where GOP legislators are failing:

When no one says, “that’s not how we feel as a political party,” that in a sense endorses it through silence. By not condemning or challenging the rhetoric of the president, you’re in a sense giving him a green light to continue making those statements. That mainstreams the message.

Since we are no longer the Wild West, people must be held accountable in other ways. Make sure you vote during the upcoming week.

Further thought: Since writing the above, I came across this powerful Brian Beutler passage making a similar point:

It was once widely believed that Republicans would tolerate only a certain level of depravity from Trump, that they would contain his seemingly limitless appetite for dehumanizing immigrants, minorities, and others outside his base of support. It remains fashionable to wonder aloud what the party’s breaking point might be.

There is no breaking point—not for people committed to the conservative project in America. Trump has driven a relatively small number of disgusted conservatives out of that project. But those who remain have accepted that the only way to advance their goals—enormous, regressive tax cuts, an unprecedented retrenchment of the welfare state, Christian religious supremacy—is through an increasing ratchet of racial division. Unless incentives change, they will press ahead with that strategy, even amid death and defeat.