The Mariner’s Advice to College Students 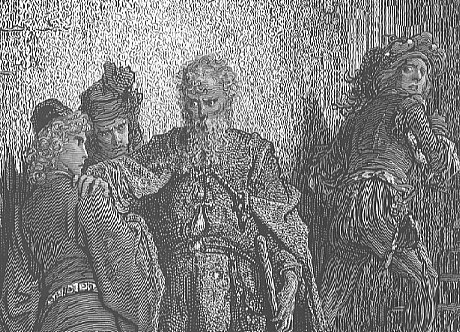 As I prepare my classes for the coming semester, I’m looking back at past essays to get a better sense of which works most energize my students. Coleridge’s Rime of the Ancient Mariner continues to have an impact and for very interesting reasons.

For instance, Abby Trumpy, an English major and Environmental Studies minor, sees it making a vital point at a time when we are facing climate catastrophe. To quote from Abby’s essay,

In the words of Rachel Carson, “The ‘control of nature’ is a phrase conceived in arrogance, born of the Neanderthal age of biology and the convenience of man”.  It is only our ego that allows us to think that we have the power and the right to manipulate nature in whichever way we please.

Abby see the ego at work from the beginning of the mariner’s voyage as the sailors confidently set forth on a South Sea expedition. Such expeditions were all the rage in Coleridge’s time, when no part of the world seemed beyond human reach:

The ship was cheered, the harbour cleared,
Merrily did we drop
Below the kirk, below the hill,
Below the lighthouse top.

This sailors’ sense of mastery is threatened, however, as the ship becomes trapped in polar ice:

The ice was here, the ice was there,
The ice was all around:
It cracked and growled, and roared and howled,
Like noises in a swound!

It appears that only a supernatural event can save them. The desperate sailors appeal for help and it comes in the form of an albatross:

At length did cross an Albatross,
Thorough the fog it came;
As if it had been a Christian soul,
We hailed it in God’s name.

It ate the food it ne’er had eat,
And round and round it flew.
The ice did split with a thunder-fit;
The helmsman steered us through!

The mariner may shoot the albatross to show who’s really boss. Perhaps he bridals because of illusion of control is exposed. As Abby writes, “Such men feel that because they have the capability to act in this way, they have the right to.”

Because the mariner has set himself above nature, however, he has imprisoned himself within himself. The resulting loneliness is immense:

Alone, alone, all, all alone,
Alone on a wide wide sea!
And never a saint took pity on
My soul in agony.

Abby points out that there are many points of alienation from nature in the poem, including the moment when the skeletal ship, the one carrying “Life in Death,” comes betwixt the mariner and the sun:

The western wave was all a-flame.
The day was well nigh done!
Almost upon the western wave
Rested the broad bright Sun;
When that strange shape drove suddenly
Betwixt us and the Sun.

And straight the Sun was flecked with bars,
(Heaven’s Mother send us grace!)
As if through a dungeon-grate he peered
With broad and burning face.

I note as an aside that we find a similar loneliness in Daniel Defoe’s Robinson Crusoe, the ultimate colonialist fantasy. While we may most remember Crusoe’s projects, his very success at imposing his will on the island leads him to see himself as terribly alone and isolated.

Only when the mariner pushes beyond this loathing and learns to love creation does the world become beautiful again. When, without thinking, he comes to see the beauty of the water snakes, he experiences relief. By the end of the poem, we see this formerly arrogant killer speaking very differently:

Farewell, farewell! but this I tell
To thee, thou Wedding-Guest!
He prayeth well, who loveth well
Both man and bird and beast.

He prayeth best, who loveth best
All things both great and small;
For the dear God who loveth us,
He made and loveth all.

In Abby’s view, by the end of the poem the mariner has become an environmental activist, collaring people in inappropriate places to raise the alarm. Because the threat to the environment is so pressing, it doesn’t matter whether they regard him as a “grey beard loon.” Here’s Abby:

Though we may not call all environmental activists “loons,” we frequently reject and ignore their suggestions for improvement without even considering them. A fight for the environment must be incredibly convincing to even get an American to consider changing his ways.

Once we get over this arrogance, we will live a more fulfilled and connected life, and we will regain the right to interact with the natural world respectfully. The Rime of the Ancient Mariner shows that overcoming this egotism will lead to a sadder but wiser existence. Because such wisdom is crucial in the survival of our species as well as our planet, we must work to share it with everyone that we encounter.

For Abby, in other words, Rime of the Ancient Mariner is a vital wake-up call that we ignore at our peril.

I am also finding the poem to be popular amongst a number of my male student athletes. In one essay I received last spring and two I received this past semester, they are drawn to the questions it raises about how we should live. In the words of Reese Cassard, the poem shows us “the depressing and lonely existence that accompanies a purposeless life.”

Reese goes on to conclude,

We learn that we must find purpose in life in order to experience a fulfilling existence. Otherwise, our irresponsible living will torment us with a shallow life-in-death until we learn to love again.

A baseball player, meanwhile, saw the poem as the life lived by one who has failed to embrace his Christian faith. (Robert Penn Warren has a similar view of the poem.) For him, the mariner’s confession to the hermit in the wood and his subsequent penance are key.

What all these readings have in common is the students’ exploration of ways to make their lives purposeful. College students are of an age where deep searches appeal to them, and Rime of the Ancient Mariner fits the bill. It’s one thing I love about this period of life.