Conrad: Terrorism Not as Clear as It Looks 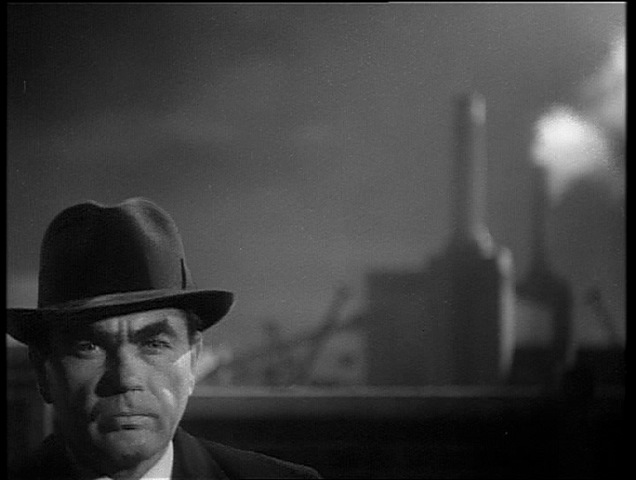 Oskar Homolka as Verloc in “Sabotage” (“The Secret Agent”)

Yesterday I read my son’s dissertation, which he will be submitting today (!). In my admittedly biased opinion, it’s a brilliant exploration of Victorian time travel literature, which means that Toby must also look at how conceptions of time were changing in the course of the century. Enmeshed as I was in discussions of The Time Machine, Frankenstein, The Christmas Carol, Alice in Wonderland, News from Nowhere, and The Water Babies, I did not expect to come across ideas that would bear directly on the recent mass shootings in Colorado Springs and San Bernardino. But so it has turned out.

The relevant work is Joseph Conrad’s Secret Agent, which appears to be about an anarchist attempt to blow up the Greenwich Observatory In other words, it seems to be about a terrorist reacting against governmental attempts to impose the Prime Meridian—universal time—on the world. It therefore appears to correspond well with today’s terrorists, who perform symbolic acts of violence against those who represent something they hate.

There’s a problem with this account, however—both in the novel and in our shootings. Let’s start with Conrad’s work. My son notes that there’s no clear story about the bomb that goes off, killing a young boy. First of all, the book was based on a real life incident where a man accidentally blew himself up in a park close to the observatory. But it’s not clear that he was targeting the observatory and it’s not clear that he was an anarchist, even although that is what everyone assumed. The anarchists disavowed any connection with him and the case was never solved.

Being a novel, The Secret Agent can give us more information. Verloc pretends to be an anarchist but he is actually a secret agent with a foreign government. A diplomat for this government is worried that England’s lax laws regarding anarchists are hurting his own country and wants England to come down hard on them. Verloc, therefore, is supposed to bomb the observatory so as to implicate the anarchists—at which point they will face reprisals. Verloc uses his wife’s younger brother Stevie, who is mentally disabled, to plant the bomb, but Stevie accidentally triggers the bomb early and is killed.

One of Toby’s great insights is how, over and over, readers get the plot of Secret Agent wrong, concluding that the novel is about anarchy against established institutions. The quick summary I have just made doesn’t bear out such a reading, but, because our minds are drawn to expect certain things, we don’t (as cynical journalists say) let the facts get in the way of a good story.

Conrad knew this is how we would respond because he had seen people react in this way to the original explosion. His novel, therefore, is a subtle exposé of the way people invariably jump to conclusions, even though the real story is often both more complicated and more banal. We want a clash of ideologies, religions, or civilizations, but instead we get a man of no real convictions trying to justify his salary and setting off an explosion that he really doesn’t want to set off.

As I think about it, Conrad may be doing something similar to what Robert Frost does in “The Road Not Taken.” We read the poem and assume, at first glance, that it is about making the unconventional choice, taking “the road less traveled.” And yet, as I have written, the “obvious” reading proceeds to disintegrate before our eyes as we probe it further, becoming far more ambiguous than we originally thought. So it is with The Secret Agent.

Of course, if these killers didn’t have easy access to guns, they would be less likely to kill, regardless of their motivations. But that’s a post for a different day.

For the moment, the lesson we can take is to resist calls to demonize all Muslims after San Bernardino and to demonize all abortion opponents after Colorado Springs. Ignore those who trot out the easy narratives. There’s a good chance they don’t know what they’re talking about.