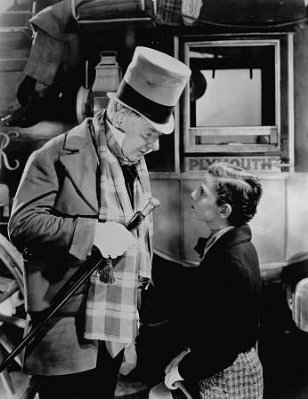 I had an interesting conversation with my two sons yesterday as we drove them and my daughter-in-law to the Portland airport, marking the beginning of the end of our summer vacation.  The conversation began with me wondering why there weren’t works of literature that accurately capture the kind of father-son relationship that I feel that I have with them.

I was envisioning dramas where a father, in a good-intentioned though sometimes stumbling way, works on mentoring his sons and then watches them break free to become individuals in their own right (in part because of what he has done, in part in spite of what he has done).  This story, I said, would then have the father facing the task of readjusting to the new reality that his sons’ s new lives have opened up.  Such was my idealized picture of myself as father, and I said it didn’t seem to show up in any works of literature I could think of.

Instead I saw severe conflict.  There is Oedipus, of course, who unknowingly kills his father, thereby bringing a curse upon Thebes.  There is The Odyssey, where the son is just beginning to find his own way when his famous father returns, starts running the show again, and saves the day.  (In the process, Telemachus is once again relegated to a side character.)  In a contrasting story, there is Prince Hal, a source of grief to his father who removes the crown before his father is even dead (although, in his defense, Hal thinks Henry is dead) and then goes on to become a greater man than his father.  And there is Hamlet, taking grim marching orders from a father who returns from the grave.

We talked about Robinson Crusoe’s father, who insists that his son follow “the middle way” whereas his son, to grow and become his own person, must give himself over to the sea (but he is wracked with guilt over what he sees as his filial disobedience).  I mentioned Walter Shandy, the abstract thinker who is so caught up with theories of how best to raise a child that, while he is writing his book about child-rearing, Tristram grows up virtually on his own.  We looked at Squire Allworthy, the father-figure in Tom Jones who is so clueless about the world that he is preyed upon by unscrupulous men out to ruin Tom, leaving Tom to survive on his own.

I was particularly struck, as I surveyed the literature, how often fathers are absent in literature.  Dickens’ novels especially are marked by the absence of fathers, and many of his characters are orphans who must make their own way in the world (Oliver Twist, Nicholas Nickleby, David Copperfield, Pip in Great Expectations).  When Dickens does create a father, as he does most notably with Mr. Micawber in David Copperfield, the figure is irresponsible and ineffective, much like Dickens’ own father, who spent time in debtor’s prison and could not protect his son from child labor.  Nick Cratchit in A Christmas Carol may be an idealized father, but Tiny Tim is not yet at an age where he must establish his own separate identity.

The plots don’t seem to get any closer to the one I fantasize about when I turn to contemporary novels.  In Philip Roth’s Human Stain, Coleman Silk breaks with his father’s dream of his going to Howard University.  He first bucks his father’s will by becoming a boxer and then turns his back on his family and his race altogether as he passes for white.  In Toni Morrison’s Song of Solomon, Milkman will only grow up if he breaks with his rapacious father, which he does by embarking on a roots quest.  I’ve heard that Cormac McCarthy’s The Road deals with a father and son trying to negotiate together a grim post-apocalyptic world so maybe this novel is a possibility.  On the other hand, if the son is young, then the novel may be more about the father’s journey than the son’s.

Anyway, back to the conversation with my sons—I was explaining my desire for such a book, only to be told by Darien that my longing for such a plot was, in effect, a longing to remain in control of my sons’ lives.  And that there was a reason why all the father-son dramas that I could think of involved overbearing, ineffective or absent fathers.  He said that sons must symbolically kill their fathers if they are to enter the world and establish their own stories.  How else could the son of a college professor become a successful entrepreneur (Darien and Betsy have set up a marketing company) if he didn’t redefine himself as his own man?

Toby, who is currently studying literature at the University of Pittsburgh’s graduate English program, complicated the drama of defining oneself against one’s father by noting that this was a modern cultural phenomenon and not true of some of the cultures and literatures we were discussing (the ancient Greeks, Shakespeare’s England). I will continue my account of our conversation in tomorrow’s post, which not only gave me insight into my sons but also had me exploring my relationship with my own father.   Once again, literature provided a doorway into exciting new discoveries.