The River’s Blood Turned to Stone 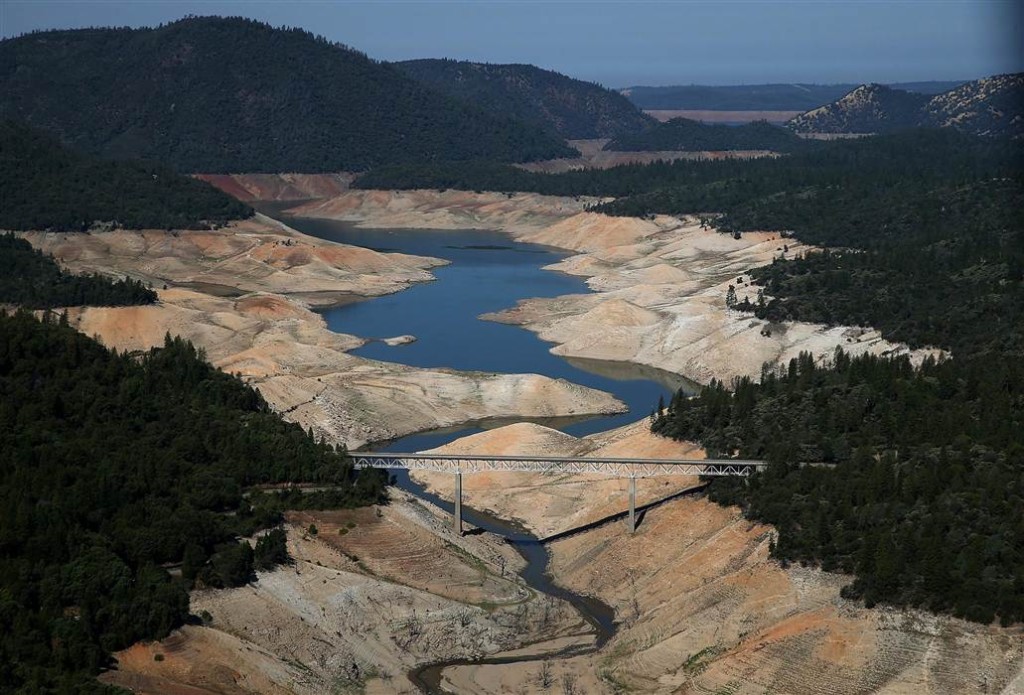 Is the California drought finally awakening—or more accurately, reawakening–the GOP to the reality of climate change? According to Dana Milbank of The Washington Post, “climate change deniers are in retreat.”

No so much in retreat, unfortunately, that they plan to stop resisting President Obama’s attempts to decrease coal emissions. Not so much that they will embrace the carbon swap legislation that was once a Republican idea. But at least most of those who will be running for president no longer sound quite so disbelieving.

My father was very concerned about global warming, and in the past I’ve shared his poems about how we are destroying the earth. Today I post one of his fables which, while it doesn’t address the issue directly, can be made to apply.

That’s because it posits a contrast that Californians especially will appreciate: we witness a struggle between the “green and naked body” of a mystical, life-affirming river and “the great black bloated Sun.” As the fable plays itself out, the water lily is enamored with the powerful sun, which we can associate with science and technology. Little does it realize that “the flush of April rain” is central to its continued existence.

When the river and the sun are in balance, all can live happily together, a ménage a trois. But by taking our water, and our atmosphere, for granted, we are rapidly squandering an irreplaceable gift.

The River the Sun and the Water Lily

And then they got drunk on the April weather
In the marsh together ménage a trois
And the River lay on her back and shivered
With fever etc.
While the Lily played with a Water Spider
And laughed and laughed at the Sun

Dr. Dolittle vs. the Oil Spill: A Fantasy

This entry was posted in Bates (Scott) and tagged "The River the Sun and the Water Lily", California drought, climate change, global warming, Scott Bates. Bookmark the permalink. Post a comment or leave a trackback: Trackback URL.